Mardin: A short trip to a mystical realm 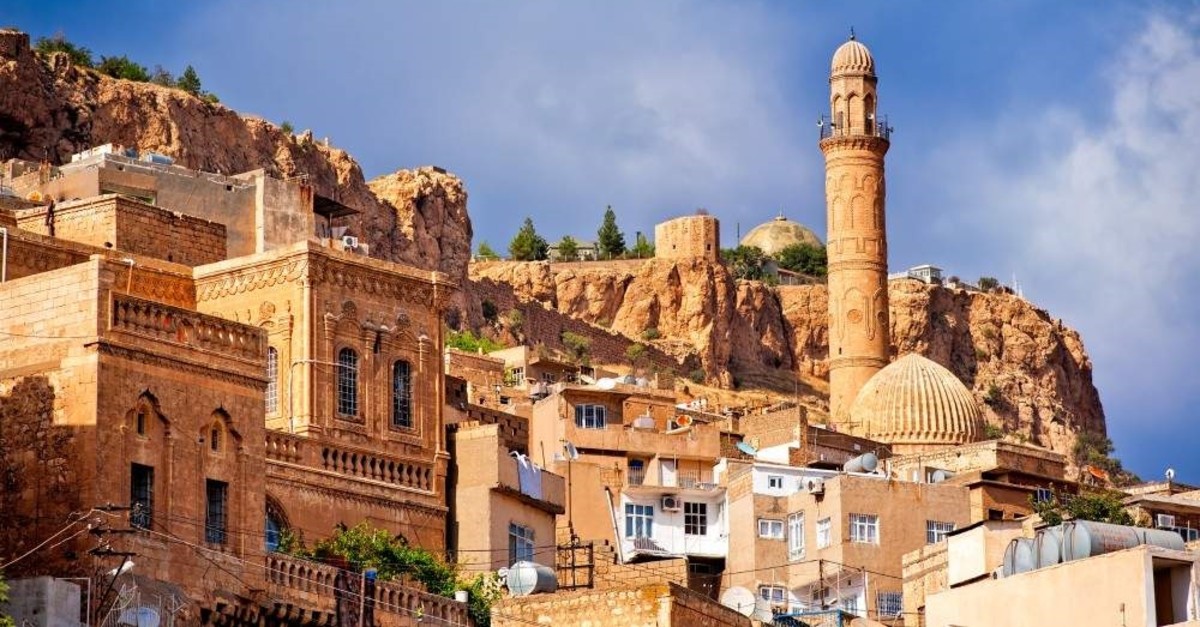 With such cultural and historical heritage, Turkey's southeastern pearl, Mardin is a wonder to discover with its landmark stone houses

Mardin is the pearl of Turkey's southeastern region, a wonderland of traditional stone houses steeped in countless cultural and historical gems.

When I first stepped foot in the province, I was greeted by a large paving slab inscribed with the message that Mardin is "akin to the first line in a fairy tale" – every visitor pens their own tale of wonder in this mesmerizing city. If anything, my incredibly short two-day visit to this realm served as merely the prologue of my own Mardin fairytale.

I started to feel butterflies the moment my plane prepared for take-off from Istanbul – not due to my vertigo – but rather, the joy of setting off to discover this dreamy world. I have always wondered about the mystical vibes emanating from its traditional stone houses. Due to the capricious nature of the December winds, our plane had a harsh landing. But after a two-hour journey, I could hardly wait to see the ancient town.

Two cities on one land

Mardin is separated into two parts; old and new. While the old part represents the better-known face of the city with its famous stone houses, the new Mardin is full of high, reinforced concrete constructions. From the airport in the area's Kızıltepe district through to the old part of the city, the silhouette of these dark, modern structures begins disappearing, making way for the archaic city to show its face.

Our first stop in the city was the Assyrian community's Kırklar Church (or "Forty" Church – named after the Forty Martyrs of Sebaste). Indeed, the church was originally built in the name of Syriac saint Mor Behnam and his sister Saro. The church is accessed through a large courtyard featuring a bell tower. Inside the church, you marvel at designs unique to Middle Eastern Christianity in the form of cut stone arches, columns, striking depictions of holy figures, narrow windows and hand-painted curtains that seal the altar.

Starting the journey with a church visit meant a lot to me, as it showcased Mardin's character as a unique melting pot of cultures and religions. All residents, whether of Turkish, Kurdish, Arab, Yazidi or Assyrian background, continue to maintain their cultural and religious practices in mutual tolerance.

After the church, we trod the town's long streets past rows of stone houses. Although the temperature was not very cold, I was freezing due to the wind chill. Nevertheless, that didn't prevent me from enjoying the beautiful atmosphere created by these homes. The stone houses reflect the characteristics of Mardin's geography. The limestone used in their construction, which is ideal as a heat insulator and a material that can be carved to form their unique style, is sourced locally. The houses are all located at close proximity, but without affecting each other's light. Thanks to the preservation of these designs, Mardin has preserved its original fabric and is a popular hub for cultural tourism in Turkey.

We then arrived at the Bakırcılar Çarşısı (Coppersmith Bazaar). In the past, the sound of hammers striking metal resonated from here throughout the entire city. However, these days, the bazaar is rather more peopled by coffee, spice, tobacco traders.

Further down the road, we arrived at the Ulu Cami (Grand Mosque) – a symbol of the city, with its classical Artuqid design and cusped dome. Our guide informed us that the mosque was built with two minarets, only one of which had survived to date. The structure dates back to the 11th century, bearing 16 inscriptions written in Seljuk, Artuqid and Ottoman styles. It was reconstructed during the reign of Albulhamid II, although its second and more comprehensive restoration came during the Republican era under the direction of the Directorate of General Foundations.

After enjoying these historical sites, we decided to throw ourselves into the Kuyumcular Çarşısı (Jewelry Bazaar). This is home to some of the best examples of the traditional art form of "telkari" (otherwise known as "filigree") – a type of jewelry design that harnesses intricately thin wires of gold and silver. Popular items in this style include rings, earrings, pendants and wristbands. The motifs are created by bending and curling silver or gold wires to form very bright lacelike patterns.

We saw various examples of telkari products at highly affordable prices. Also, there were other types of jewelry made from natural stones indigenous to the city. If you happen to find yourself in Mardin, the jewelry shops are a must-see.

Another must-see is the Sakıp Sabancı Mardin City Museum – Dilek Sabancı Art Gallery. The museum building, located extremely close-by the Jewelry Bazaar, was built during the reign of Sultan Abdülhamid II (1876-1909) and originally served as a cavalry stable. The architect behind the construction was an Armenian called Sarkis Elyas Lole. The museum showcases the tombstones of past residents of town drawing from several faiths, as well as products demonstrating Mardin's traditional handicrafts, jewelry design, weaving, soap making and stone carvings. The Dilek Sabancı Art Gallery, downstairs, also holds a number of exhibitions from time to time and hosts works from various renowned figures from the art world. Past works on display include those of Abidin Dino, Ai Wei Wei and Marius Bauer.

Surely, there are many other exotic sites to see in Mardin, including Mardin Castle, the Zinciriye Madrasa and the ancient city of Dara. As I mentioned earlier, my time was just enough to write the prologue of the story of my adventures in this city. I recommend you spare more time than I did and discover the countless other gems the city conceals before, like me, you end up leaving your heart behind.