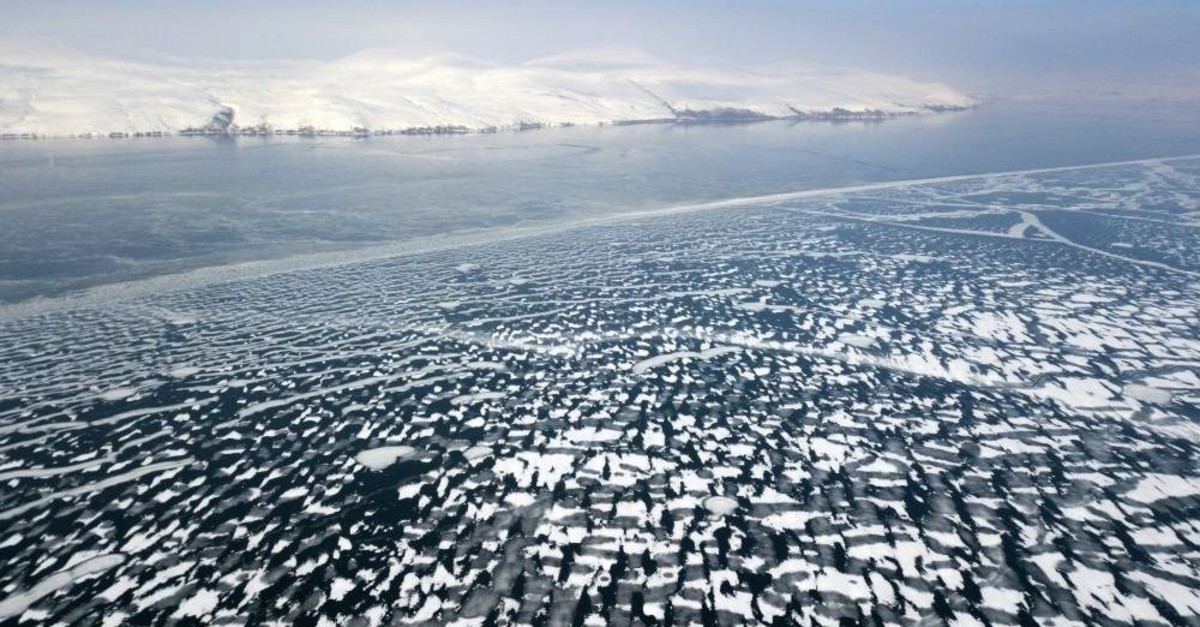 Lake Nazik looks like a work of art against a backdrop of snow-covered rolling hills. (IHA Photo)
by Daily Sabah with IHA Jan 29, 2020 1:12 pm

Lakes and ponds are a pretty sight in any season, but freezing temperatures in the winter turn them into a magical-looking natural wonderland.

Lake Nazik in Bitlis province's Ahlat district in eastern Turkey is no exception.

As the temperature dropped below minus 20 degrees Celsius at night, the body of water slowly solidified into ice, pushing fishing boats and rowboats to the surface.

Shaped by the sun, wind and snow, superficial cracks fractured the lake's surface, leaving whimsical patterns. Drones managed to capture photographs of the beautiful sight from above.

Kids made the frozen lake their playground, punctuating the natural serenity with their squeals of delight as they slid and skidded across the glassy surface.

Spanning an area of 40 square kilometers, the lake, between the town of Ovakışla and villages of Nazik, Gölgören, Dilburnu and Kırıkkaya in Ahlat, stays frozen for three months out of the year.

Ahmet Canbay, a resident of Dilburnu village, said the lake started to freeze in mid-January, and soon locals would go ice-fishing in the lake.

"This year the lake froze a little later than usual. The ice has reached about 15-20 centimeters thickness. When the ice is at least half a meter thick, we break the ice and go fishing in the lake. Our animals also get to drink from the freshwater (after we open up holes)," he said.

Nametullah Özcanoğulları, a local boy, said he loved to traipse around with his friends on the lake and play ball games on it. "It is a beautiful place. The frozen surface has become our football field. It will be more beautiful when it gets covered in snow," he said.