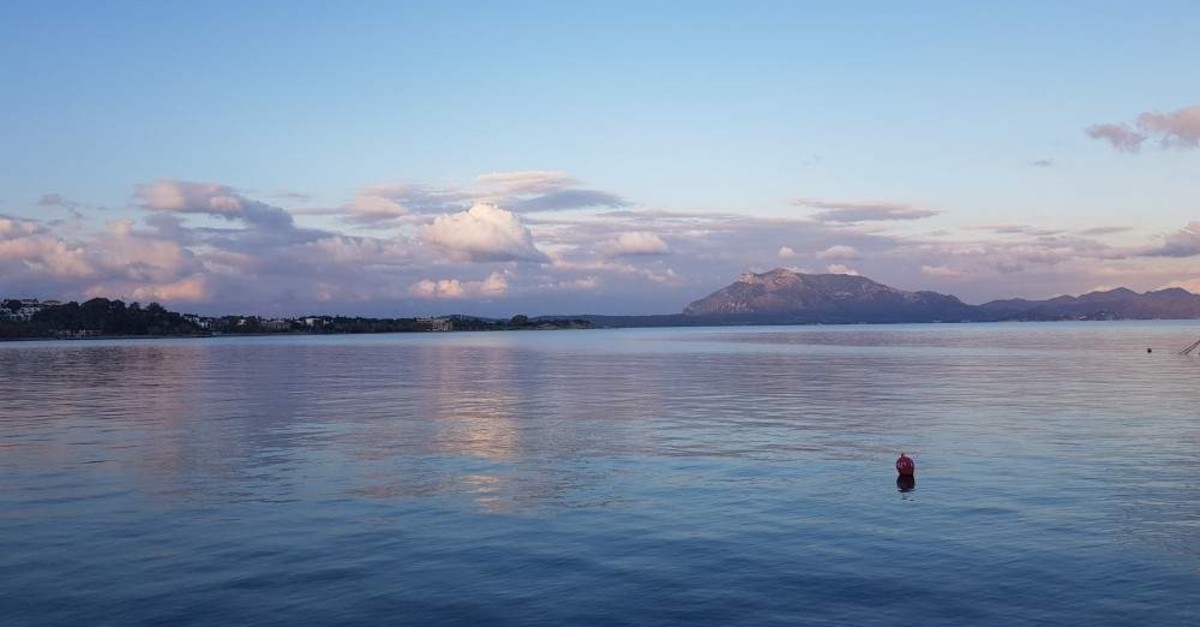 Every year around this time, the Datça peninsula comes to life thanks to the area's beautiful almond trees famous for their white blossoms and for the past three years, a very colorful festival has been held to celebrate the blooms.

Datça is a beloved and beautiful port town and peninsula of the same name that lies on the Aegean off the southeastern tip of Bodrum regularly serviced with ferryboats, which accounts for the many visitors that come to this beautiful island-like area of Turkey. Otherwise, visitors can fly into Dalaman or just continue driving past Marmaris to the tip of this town to enjoy the spectacular mountainous and forested peninsula that has become a significant stop for many on the Blue Cruise and a favorite destination for sailing enthusiasts and outdoor sports lovers alike. Therefore, while it is definitely off the beaten path, it is well worth it and those who know do indeed put in extra effort to come out to Datça in both summer as well as spring for its fun and festive almond blossom festival.

This year, the Badem Çiçeği Festivalı (Almond Blossom Festival) in Datça will be taking place from this Friday, Feb. 7 to Sunday, Feb. 9 and will have a full three-day program of cultural and sports excursions, concerts and lots of stalls selling handmade crafts and local food products. Offering a wonderful opportunity to discover various regions of the peninsula, the festival will be held simultaneously in five different areas of the peninsula with different scheduled events in each. The main center of the festival will be the town of Datça itself and will have a huge stage set up in the main square featuring different folk dances during the day that will lead to concert performances at night. 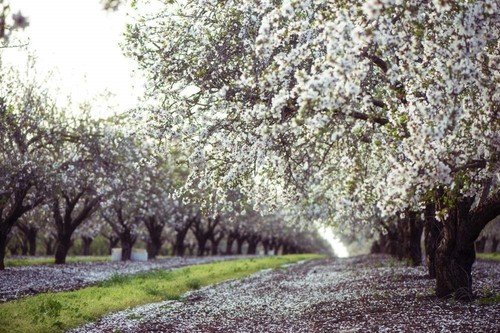 Meanwhile, during the day, the festival will also be held in the villages of Reşadiye, Hızırşah, Palamutbükü and Eski Datça, with each having stalls set up and different activities scheduled. Each village has unique features and visiting each offers the perfect opportunity to discover the greater peninsula and witness its spectacular nature. The municipality, which organizes the festival this year, will also be offering bus services to and from each of the various locations.

Eski Datça is a picture-perfect village featuring windy pedestrian streets lined with beautifully renovated traditional boutique hotels, shops and homes constructed from stone. It is a steadfast stop for most every Turkish visitor as it was also home to Can Yücel, perhaps the most revered poet in Turkey. In his honor, there will be an exhibition and readings of his poetry on the second and third days of the festival. The next stops will be in Reşadiye and Hızırşah, both neighboring villages laden with almond trees, stone homes and the Hızırşah Cultural Center, which is a historical church that has been transformed into an educational and exhibition venue. In addition to hosting an archeological exhibition and gift stalls of local products, there will also be yoga sessions, concerts and a talk on Datça's history of agriculture. In the village of Hızırşah itself, there will also be a silk weaving workshop held multiple times over the weekend. Meanwhile, in the neighboring village of Reşadiye, there will be ethnographic exhibitions, concerts and even a demonstration on how to prepare keşkek, which is a traditional dish of cracked wheat and chicken served throughout Anatolian villages in most ceremonial events. Then on the final day, Sunday, there will be a number of entertaining competitions held such as sack and egg races held in the village.

While Reşadiye and Hızırşah offer a peek into the traditional way of life in an Aegean village, Eski Datça is well on its way to becoming a new Alaçatı, with fancy boutiques and gourmet coffee shops lining the perfectly preserved cobblestone streets. It is Palamutbükü, however, the festival's fifth and farthest destination, that truly presents the charm and characteristics of the Datça peninsula. Located approximately 25 kilometers east of the town, versus Eski Datça's distance of fewer than 4 kilometers and Hızırşah and Reşadiye being between 6 and 8 kilometers' distance, the seaside coastal neighborhood of Palamutbükü feels almost a world away. The drive, whether done with private transport or with the municipality's buses, allows the opportunity to see the almond blossoms in action. The seaside neighborhood of Palamutbükü has a lovely and expansive beach lined with cafes and restaurants and while admittedly more sleepy in the winter season, the area will be coming to life this weekend with food, gift stalls and concerts by local musicians on both Saturday and Sunday.

The musical performances are quite possibly some of the most highly anticipated events during this festival, especially for locals and local bands. While Necati ve Saykolar, a popular band that revives Turkish Anatolian folk-rock will be coming out to Datça to headline the opening night, the remaining performances scheduled will be by local musicians. The local rock cover band Pisyeni will be one of the most entertaining performances that will be held in three different times and locations, including Friday and Sunday in Datça square, with a daytime performance Sunday in Palamutbükü as well. Rampapa Band is another group of Datça locals that perform Balkan music and have concerts scheduled for Saturday in Datça square and Sunday in Palamutbükü. Meanwhile, 2Adam1Madam is a female vocalist-led group that performs softer acoustic covers of most people's favorite alternative songs.

Datça is also a favored destination for outdoor sports enthusiasts and has an active rock climbing community and arena, which is also well-equipped for bicycling with a number of marked paths and some even taking cyclists through some of the towns the festival will be taking place in. Throughout the weekend, there will be a number of day-long nature walks, rock climbing or bicycling excursions held by Datça's Mountaineering and Nature Sports Club (DADADOSK) and Mor Pedal, the local bicycling club. For example, one of the tours will take cyclists from Palamutbükü to the archeological site of Knidos, which is also a must-see for visitors as the sight of the Carian and Dorian ruins that include an ancient amphitheater located at the westernmost tip of the peninsula overlooking the Aegean.

Datça has ample accommodation, all of which will be open and operating this weekend. There are also some great dining options to check out, in addition to the traditional fish restaurants that line the sea, such as Café Inn, which is located right on the sea in the town of Datça and dishes up a variety of gourmet entrees, such as plates of pasta and pizzas as well as designer desserts. D-Po Pizza is located two streets up from the sea in the heart of the town's neighborhood and rightly so as it is a fun, friendly and delicious pizza spot owned by a Datça local that rivals Italy with his amazing pizza. Canteen is the local spot for burgers and has a vegetarian option. Roll Coffee House, which overlooks the harbor is the ultimate location to watch the sunset.