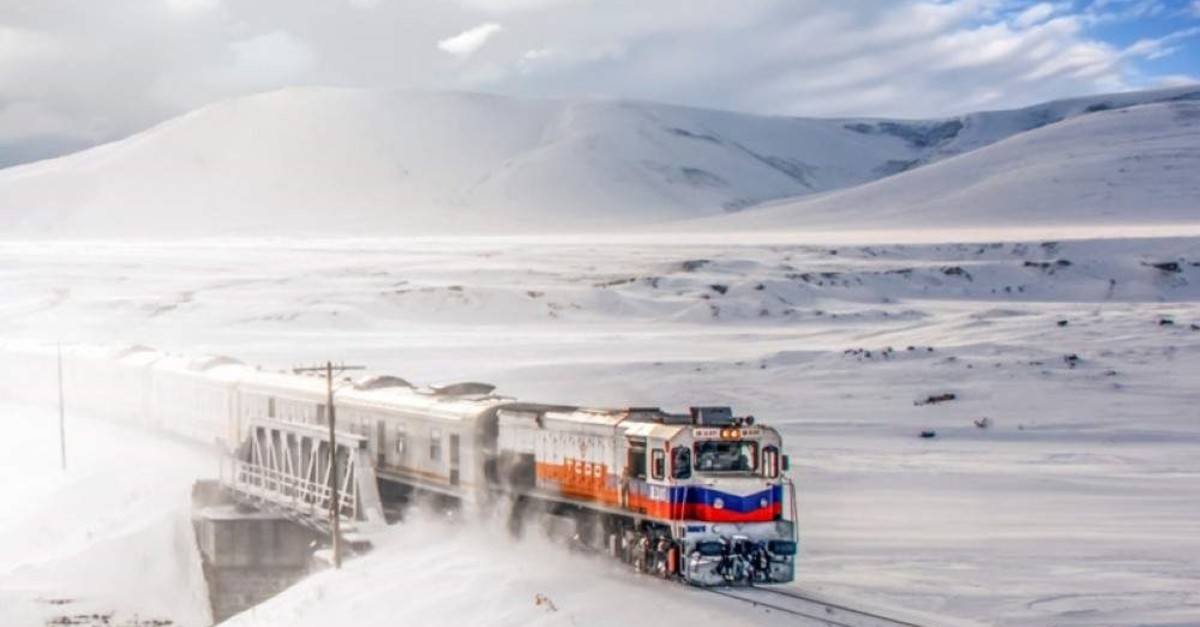 A picturesque snow blanket awaits passengers of the Eastern Express throughout their journey. (File Photo)
by Barış Şimşek Feb 06, 2020 4:09 pm

The Eastern Express, one of the most favored conveyances among travelers, will soon host ambassadors from different countries as part of a European Union project.

The nostalgic train, operated by the Turkish State Railways (TCDD) between capital Ankara and the northeastern city of Kars, will take envoys including EU delegation head Ambassador Christian Berger to various historic and cultural spots along its route.

The trip, scheduled between Feb. 7 and Feb. 9, will commence with a reception under the auspices of Transport and Infrastructure Minister Cahit Turhan. The ambassadors are scheduled to visit the historic town Divriği in central Sivas province and landmarks Çifte Minareli Medrese (twin minaret madrasah) and Üç Kümbetler (three rotundas) of the eastern city of Erzurum.

A meeting on cooperation between Turkey and the EU will also be held during the journey.

The route has gained popularity over the last decade for offering high-quality service and unique winter travel experience, prompting the TCDD to introduce a touristic train as thousands of local and foreign travelers wait for long periods to obtain a ticket. The nine-wagon rolling stock includes two service wagons, one restaurant wagon and six wagons made up of two-bed compartments.

Departing from the historic Ankara station, the train reaches Kars in 31 hours as it makes nearly nine-hour-long touristic stops in the town of İliç and cities of Erzincan and Erzurum. The train also stops for similar trips to Divriği and Sivas on the return journey.