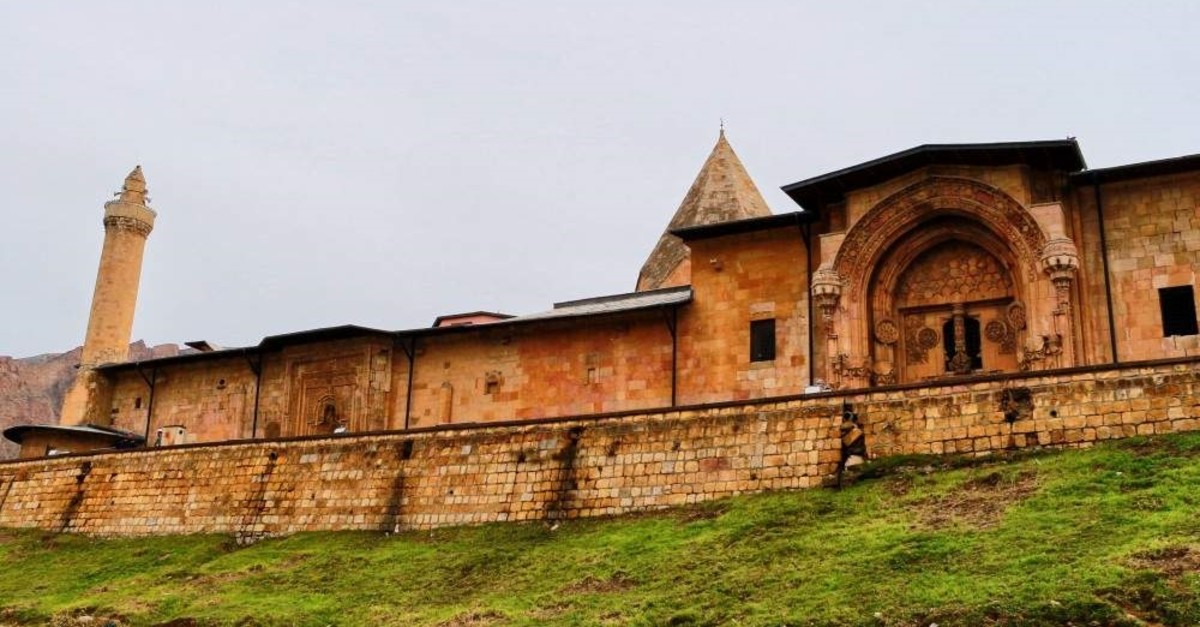 Anatolia is one of the most fertile lands in the world. Thanks to the blessing of Mother Nature and its fortunate placement in the junction of major trade routes and migratory streams, Anatolian lands have flourished throughout history. As mankind lived and cherished the lands they lived on, they also left masterpieces that reflect their culture, their understanding of life in general and their day-to-day life for future generations.

Starting this week, we will bring you some of the most important cultural sites in Turkey that have been recognized by UNESCO's World Heritage List. Every week, we will explore the amazing remains of civilizations of the past and try to set a road map to discover new parts of Turkey. First up, we have an astonishing building that goes back to the time when the Turks first set foot in Anatolia.

Located in Sivas to the east of central Turkey, the Great Mosque and hospital of Divriği is one of the finest examples of early Turkic architecture in Anatolia. Designed and built by architect Hürrem Şah bin Muğis El-Hılatî of Ahlat on the orders of Emir Ahmed Shah, the ruler of the Mengujekids in 1229, it was built in the honor of the Turkish victory against the Byzantine Empire in The Battle of Manzikert in 1071. 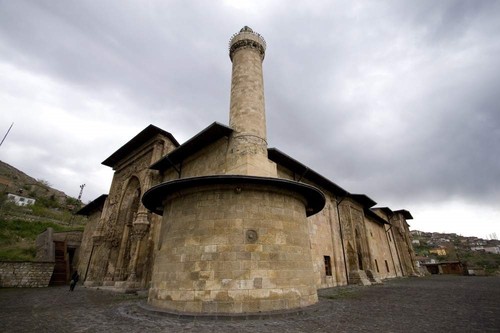 Stonemasonry at its best

Renowned for its monumental architecture and traditional stone carving decorations of Anatolia, this masterpiece, with its two domed mosques, hospital and tomb, was inscribed on the UNESCO World Heritage List in 1985. Although the building does not look as grand from the outside, once you step in you are guaranteed to be mesmerized by the skills of the masons and the engineers that worked on the building.

The mosque building features one prayer room crowned with two majestic domes. The domes, as well as the pillars that hold the building, are decorated with stone carvings. Although the decorative sculpture seems symmetrical when viewed from a distance, they are in fact asymmetrical, consisting of tens of thousands of distinct designs, none of which are repeated. The variety of the carved decoration also indicates that it was carried out by different groups of craftsmen. Being one of a kind in the Islamic architectural tradition, the Great Mosque and Hospital of Divriği still stand as one of the most extraordinary examples of Islamic art in the world.

Apart from its stone decorations, the building also stands out with its unique structure. The Divriği Mosque is an outstanding example of a Seljuk mosque in Anatolia, as it has neither a courtyard, colonnades nor an uncovered ablutions basin, but rather organizes all religious functions in an enclosed area. Experts claim that due to the harsh weather conditions of the region, the architect wanted to build the complex as a single building to protect its visitors and residents from the cold especially during harsh winters.

Financed by Ahmed Shah's wife Melike Turan Melek, the hospital (darüşşifa) has two levels. It is connected to the mosque via a passage in the west and has a huge decorated gate at the entrance. Although the stone decorations exist in the mosque, it is not as concentrated as those inside the mosque. The hospital, or "the healing house" as the inscription on the building suggests, was revolutionary for its time as it aimed to heal the sick with water and music therapies. The hospital also features a tomb reserved for members of the ruling dynasty. The tomb chamber stands as a separate part of the hospital. The room also features a window that faces the mosque.

Despite being a majestic building, the Great Mosque of Divriği has not escaped the clutches of time. It is believed that the building went under extensive restoration in the 15th, 19th and 20th centuries; however, the restorations did not put the integrity or the authenticity of the building at risk. 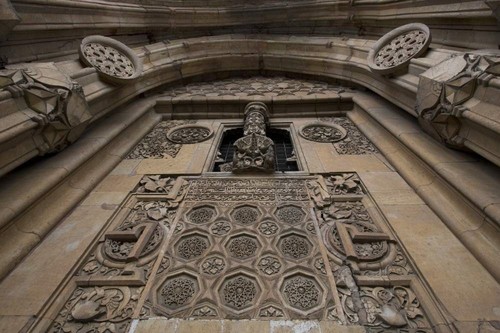 While you're in Sivas...

Sivas might not look like a tourist attraction at first glance, but with its colorful and rich history, it is one of the places you must visit, especially if you are an amateur historian. Home to a few of the best examples of Seljuk architecture, Sivas offers you more than a pretty face. While you are in the city, you can also pay a visit to the Şifaiye Madrasah which was an important hospital and medical school in the 13th century. The Gök Madrasah and Çifte Minare (Double Minaret) Madrasah are other Seljuk buildings that still stand today. If you also want to get a taste of the Ottoman heritage in the city, you can visit Subaşı Han, an Ottoman-era caravanserai still used for spice trade even today.

Sivas is also famous for its Kangal dogs which are purebred Anatolian sheepdogs. Despite their intimidating appearance, Kangal dogs are very protective and loyal to their owners. They have pale cream or sable fur, a spiral tail and a black mask around the head. Kangals live up to 15 years, and a full-grown male can weigh between 50 and 82 kilograms. You can visit one of the Kangal breeding farms in the city, and who knows, you might even decide to adopt a little furry friend.