Sabetta: A frozen Russian town at the 'edge of the world' 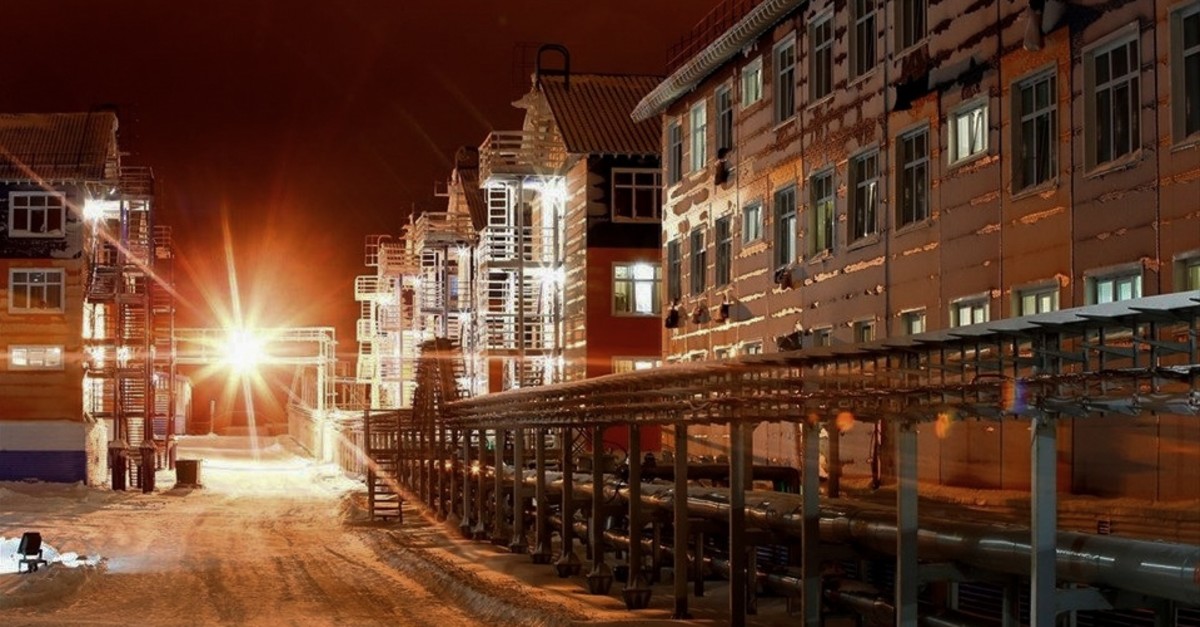 The town of Sabetta looks like an alien planet with its harsh climate and geography. (FILE Photo)
by Daily Sabah with AA Feb 16, 2020 4:43 pm

Despite what flat earthers would have us believe, our world is more than likely of a globular kind.

However, if a case had to be made for the planet having an edge, then the Russian town of Sabetta would surely mark the last traversable point before the inevitable drop into oblivion.

"Nenets Sabetta," as it is known locally, is an apt name – literally meaning "the end of the world." The town is situated on the Yamal Peninsula in Russia's Arctic region – a place embattled by constant snow and bitter cold.

Despite its harsh conditions, Sabetta is a curious place with its harsh climate and geographical conditions. The town, which belongs to the autonomous district of Yamalo-Nenets, not only presides over the world's largest natural gas reserves but also hosts a liquified natural gas (LNG) processing center. Due to its unique location, it is also a magnet for tourists from all over the world.

In the early 2000s, the town's residents numbered a dismal 19, but since natural gas processing facilities were established, the town's population has blossomed to up to 30,000. Most of these are employees of the local facilities and those that deliver a range of services for the region. The vast majority of these are male, due to the heavy manual labor involved in many of the jobs here.

As an Arctic settlement, vast periods of the summer make the sun a constant, while the winters drag on in utter darkness. For this reason, not a single tree of thickets has the slightest chance of growing in the area.

From time to time, polar bears and white foxes are seen wandering through the town. Locals say they are used to their presence and even readily throw food out for them to peck at.

Another interesting tidbit is that the locals of Sabetta are not allowed to smoke in their homes, streets or any offices – for that they have designated huts. With so much of the town's survival based on natural gas, it's not hard to see why.