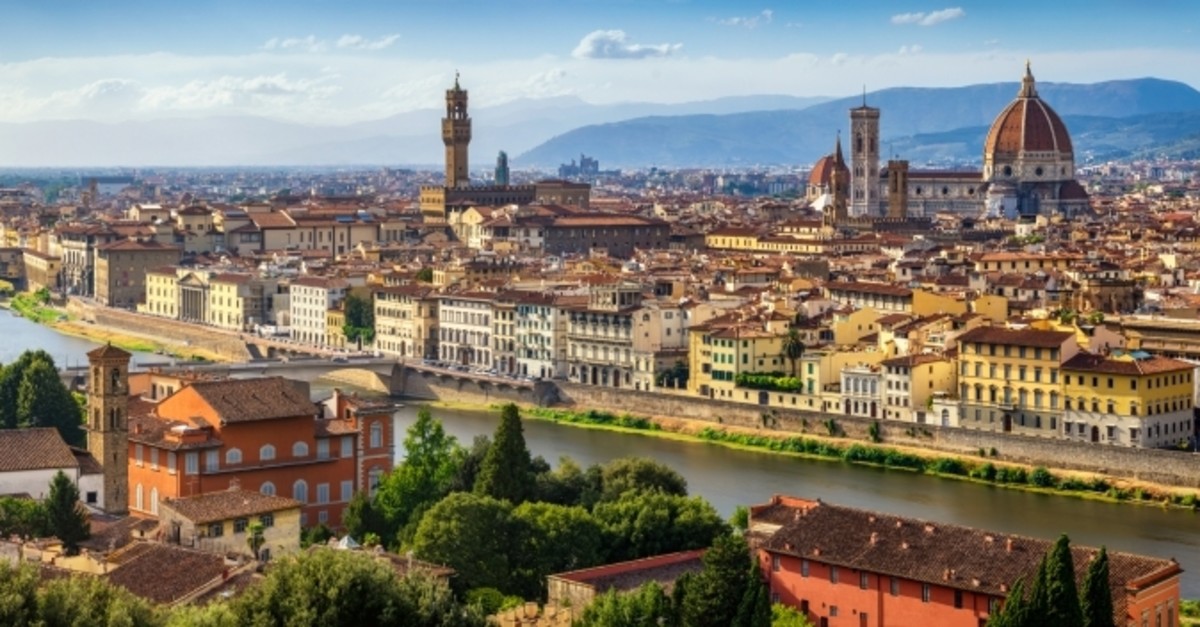 You can't leave Florence without seeing a sunset with the magnificent Duomo and Ponte Vecchio dominating the terracotta skyline. (iStock Photo)
by Feb 21, 2020 11:16 am

With some of the world's best historical sights, yummy Italian dishes, a lost painting by Leonardo da Vinci and a colorful carnival to boot, here's what it's like to visit Italy in February

Listening to Beethoven or Vivaldi while walking around streets filled with the world's greatest historical sights. Ahh, sounds like a piece of heaven, doesn't it? Or more likely, it sounds like Italy.

Let your mind rest, grab an ice cream on your way, turn off your phone and enjoy the atmosphere of one of the most mysterious cities in the world – Florence.

As the capital of Italy's Tuscany region, Florence is home to many masterpieces of Renaissance art and architecture, which will make you fall in love with the city from the moment you arrive.

One of the most iconic sights of the city is the Duomo – a cathedral with a terracotta-tiled dome engineered by Brunelleschi and a bell tower by Giotto. The construction of the cathedral, which is one of the largest in Italy, started in 1296 in the Gothic style to a design of Arnolfo di Cambio and was structurally completed by 1436, with the dome designed by Filippo Brunelleschi. The cathedral complex, which includes three buildings, is a part of the UNESCO World Heritage Sites and is a major tourist attraction of Tuscany.

If you keep walking toward Piazza della Signoria, an L-shaped square where you can visit the Uffizi Gallery, you will see the Fountain of Neptune, a copy of Michelangelo's David statue, the Loggia della Signoria and the centuries-old Palazzo Vecchio.

The most famous part of the palace, the Hall of the Five Hundred (Salone dei Cinquecento) is definitely worth visiting. It is the largest and most important room in terms of artistic and historic value in Palazzo Vecchio. If you were looking for some mystery, you'd for sure want to see Vasari's fresco "The Battle of Marciano." And here is why: some commentators and researches believe that one of Leonardo da Vinci's lost paintings, "The Battle of Anghiari" (1505), is still hidden beneath one of the later frescoes in the Hall of the Five Hundred, particularly beneath Vasari's fresco that holds a mysterious inscription in Latin which reads "cerca trova," meaning "seek and you shall find." As a huge fan of Dan Brown, I was genuinely excited.

The Uffizi Gallery is a three-minute walk from Palazzo Vecchio. It is one of the most popular tourist attractions in Florence and one of the most visited art museums in the world.

Another must-see sight in Florence is the Ponte Vecchio ("Old Bridge"), a medieval stone closed-spandrel segmental arch bridge over the Arno river. An interesting fact is that Ponte Vecchio was the only bridge across the Arno that the fleeing Germans did not destroy during World War II. Teeming with jewelry shops, the bridge will take you to the other side of the river where Pitti Palace and the Boboli Gardens await. 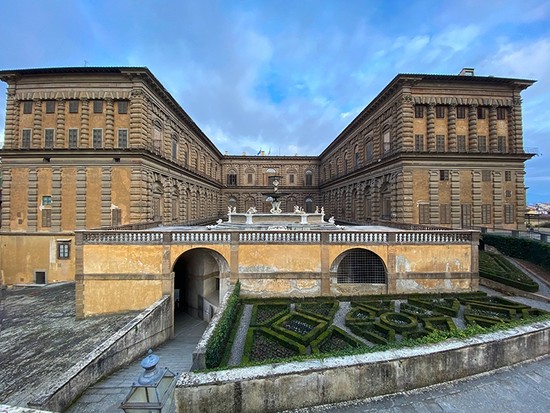 Opened to the public in 1766, the Boboli Gardens were originally designed for the Medici, an Italian banking family and political dynasty. The historical park is now an open-air museum with statues of various styles and periods, complete with an old coffee house, fountains and caves.

To get to see a panoramic view of the city, you will want to visit Piazzale Michelangelo (Michelangelo Square) located in the Oltrarno district of Florence. The view encompasses the bridges crossing the Arno and the main sights, including the Ponte Vecchio, the Duomo, Palazzo Vecchio, the Bargello and the octagonal bell tower of the Badia Fiorentina. The square can be accessed by car, by walking up the stairs or going up the ramps from the Piazza Giuseppe Poggi.

In addition to dozens of historical sights and museums, Florence has a wide variety of places where you can taste the best Italian dishes. You do not really need to go to fancy restaurants to try traditional Italian pasta or pizza. Any place you pass while walking around in the city will offer you the country's best traditional dishes, and I guarantee that you will not be disappointed. After filling your stomach with some delicious food, it's time to "feed" your heart with delicious sweets and coffee. You can find dozens of big or small coffee shops while walking in the streets. When the sun goes down in Florence and the museums close, you will want to find a cozy bar and enjoy a glass of wine or hot chocolate while listening to street musicians playing outside.

If you came to Italy for a vacation in February, there is one more thing that you will not want to miss: "Carnevale di Venezia," the world-famous Carnival of Venice. Every year, the event attracts crowds of foreign and Italian tourists to its masked balls and theatrical performances. It is now one of the most famous carnival celebrations in the world, with around 3 million visitors coming to the city each spring to watch or join in the festivities. The carnival started in celebration of the Venice Republic's victory against the Patriarch of Aquileia, Ulrico di Treven in the year 1162. 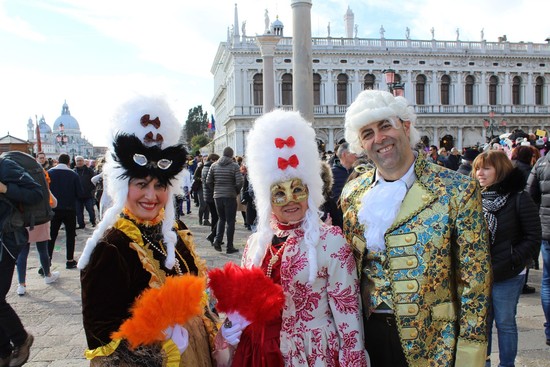 The carnival starts the first weekend of the month and lasts until Ash Wednesday, which in Christian liturgy marks the beginning of Lent. For the whole month of February, the streets of Venice are filled with people wearing mind-blowing costumes and intricate masks.

Located a few hours drive from Florence, Venice will also amaze you with its beauty and atmosphere. Built on more than 100 small islands in a lagoon in the Adriatic Sea, the city has no roads, just canals – including the Grand Canal thoroughfare – lined with Renaissance and Gothic palaces. The best thing to do is to turn off Google Maps and get lost in the little streets. You will feel the history in every inch of the city and enjoy it to the max. You'll also want to see the heart of Venice – Piazza San Marco (St Mark's Square). It is the largest square in the city that hosts several museums and attractions, the most popular being Doge's Palace and St. Mark's Basilica. The gondolas are probably one of the images that pop into everyone's mind instantly whenever Venice is mentioned. Although you can find gondola stations all over the city, the most popular base by far is the waterfront at St. Mark's Square.

Venice will definitely leave a mark in your heart as it is impossible not to fall in love with the city's atmosphere and charm. You'll want to come back here again and relive it all from the beginning – because I sure did. But, unfortunately, our time may be limited, as according to some research, Venice could be underwater in the near future if the acceleration of global warming is not curbed.