1 soldier killed, another missing in avalanche in southeastern Turkey's Hakkari 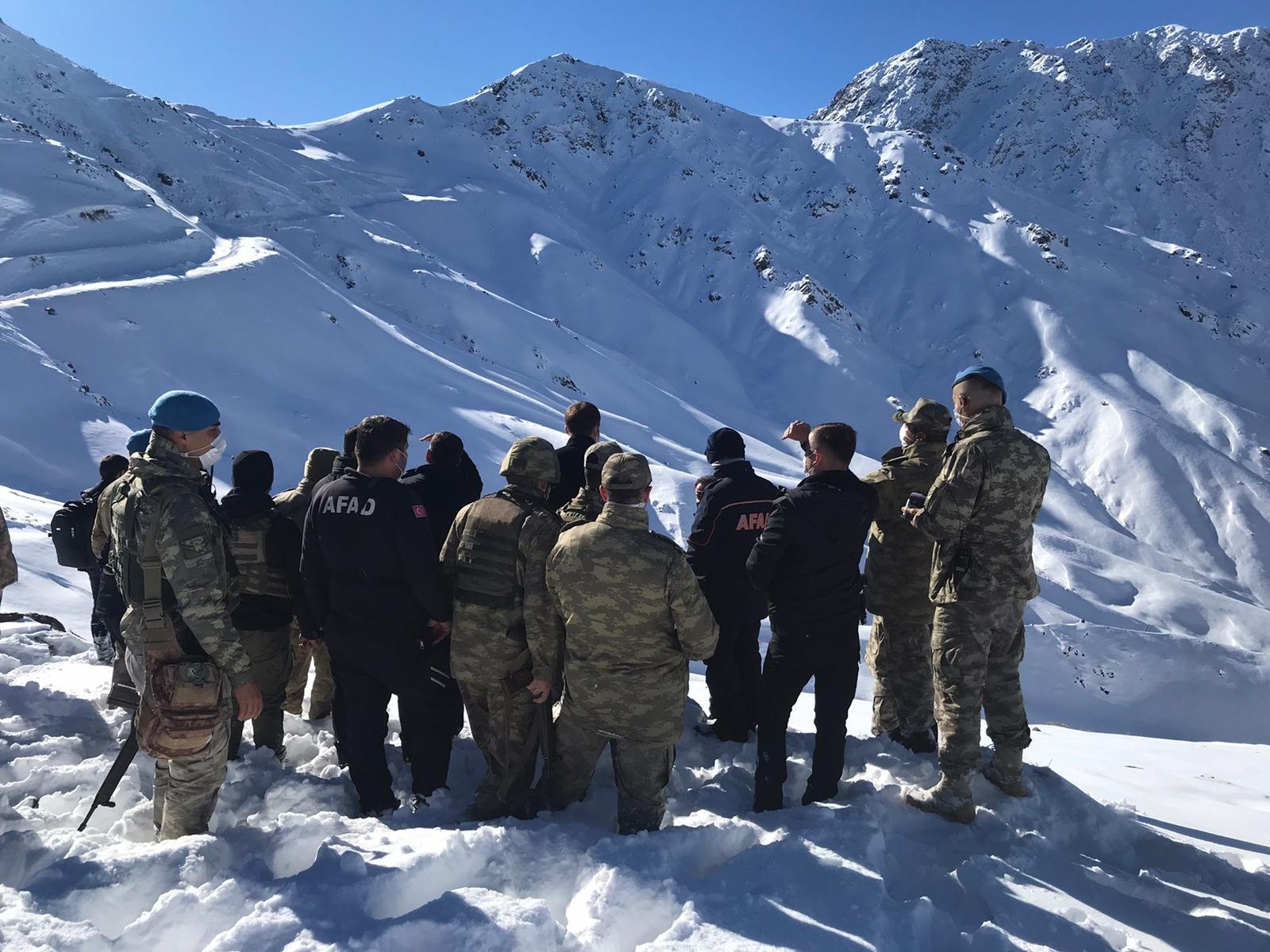 A Turkish soldier was killed and another went missing in an avalanche in the southeastern province of Hakkari, Turkey's Defense Ministry said on Sunday.

According to the ministry, the soldiers were clearing snow off a road near a military base when the avalanche struck.

In a statement, the ministry said two soldiers were trapped in the avalanche. One soldier was rescued and rushed to the hospital but later succumbed to his injuries.

Hakkari Governor Idris Akbıyık said the soldier had sustained serious injuries in the accident and couldn’t be saved despite medical intervention.

Akbıyık added that 37 rescue personnel and gendarmerie troops were working to rescue the other soldier trapped under the snow.

Sunday’s accident was the second deadly avalanche accident to occur this year. In February, 41 were killed in a pair of avalanches in the eastern province of Van.

Around 300 emergency service workers were looking for two people who went missing during an avalanche on a road leading to Van’s Bahçesaray district when a second avalanche hit, burying hundreds in snow.

It was the worst disaster of its kind since 151 people were killed in an avalanche in southeastern Turkey's Şırnak in 1992.