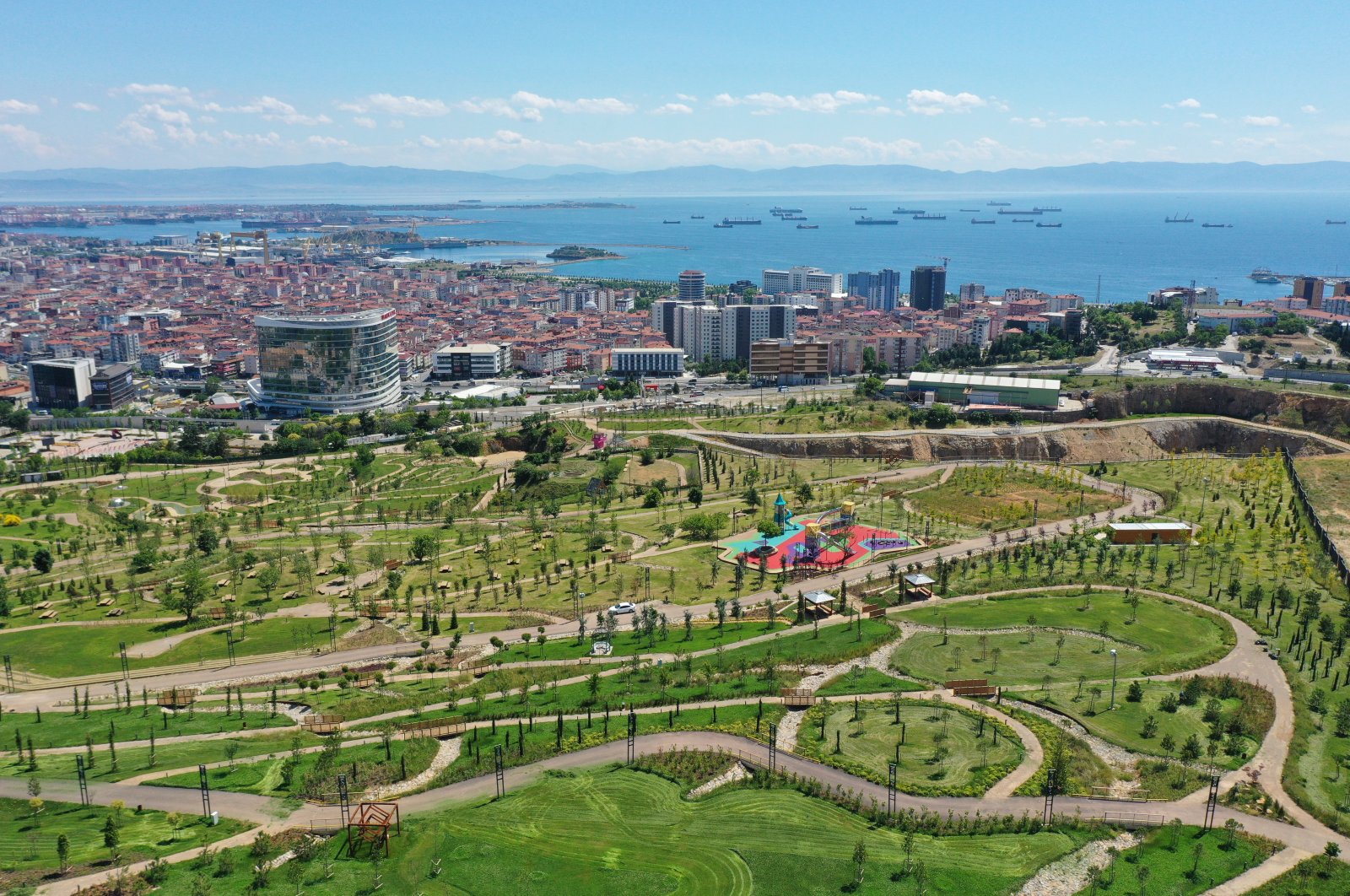 As restrictions on parks and esplanades were lifted thanks to the declining number of coronavirus cases, more people began heading outdoors. On one such sunny day, Turkey simultaneously opened 10 “public gardens” or large city parks to serve as oases in the ever-growing concrete jungles known as cities.

President Recep Tayyip Erdoğan inaugurated the parks in Istanbul and a few Anatolian cities on World Environment Day in ceremonies he attended via video call. The president also toured the site of Ankara Public Garden whose construction is still ongoing.
“We now have 23 public gardens with today's openings,” President Erdoğan said at the inauguration ceremony. Erdoğan lamented the haphazard urban planning and exploitation of green spaces that previously characterized Turkish cities and said the country was looking to address this problem through “urban transformation” projects aimed at altering the design of cities to expand green spaces.

New parks were opened in Istanbul, the northern cities of Sakarya, Samsun and Trabzon, the central city of Sivas, the northwestern city of Bursa and the eastern cities of Batman, Elazığ and Diyarbakır.

Currently, 207 parks are under construction across the country as Turkey pursues an ambitious plan of building 81 million square meters of such parks in 81 provinces.

Over the past two years, a number of “public gardens” opened in cities both big and small. In Turkey’s most populated city, Istanbul, the number of these parks reached nine with two new green spaces opened on Friday in Pendik and Halkalı, two districts on each side of the continent-dividing Bosporus. The park in Pendik covers an area of 235,000 square meters while the park in Halkalı is built on an area of 98,000 square meters. They host extensive bicycle and walking lanes, thousands of trees, a diverse array of plants, artificial lakes and social facilities.

The largest “public garden” in the Anatolian heartland was also opened on Friday. The park in Sivas was built with an area of 53,000 square meters in a spot that used to be the city’s old stadium.