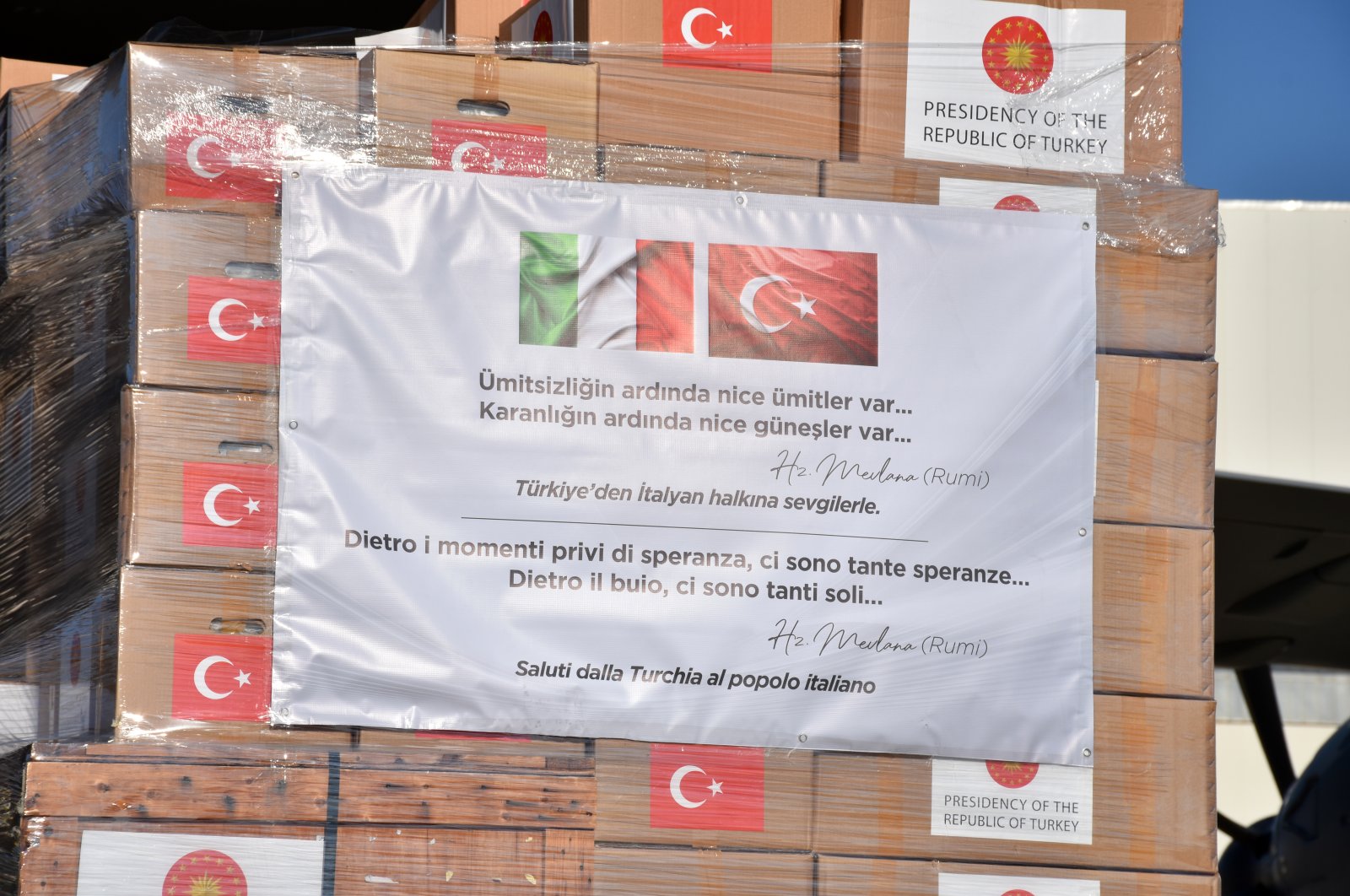 A 10-year-old Italian boy expressed his gratitude to Turkey after the country sent medical aid to Italy, the country worst hit by the coronavirus in Europe.

Ernest Gabrielle Scrocchi, who lives in Milan, shared an emotional video message online in which he expressed his gratitude to Turkey after the country's Ministry of National Defense sent military aircraft full of medical aid such as masks, hazmat suits, goggles and disinfectants to Italy.

“Turks are kind and helpful people,” Scrocchi said. “Italy is grateful to the Turks.”

In the message the little boy also expressed his worries about the situation in Italy amid the coronavirus outbreak, saying that it has been a month since he started staying home with his family as the number of infected patients continues to grow and government-imposed precaution measures against the disease are implemented.

“I hear ambulance sirens every five minutes. I guess they carry patients. It hurts us. Italy is going through difficult times. The good thing is that other countries are showing their help in such a difficult situation as Italy is now. Turkey is one of these countries,“ he said.

Scrocchi said he visited Turkey several times and every time, he felt at home. He pointed out that Turks and Italians have a lot in common, and that’s why he doesn’t think he would feel the same in any other country.

“I think we have a lot in common. I don't think I can find a similar place elsewhere. But the city of my heart is Istanbul, because it's a magical and beautiful city,” Scrocchi said.

“I would like to thank you again for your help and support during these difficult days. Italy is grateful to the Turkish people. Don't be like us. Please stay home. Let’s defeat this enemy together. There is a light at the end of every darkness. Please Turkey, stay at home,” he added.

The minister, Italian Chief of General Staff Gen. Enzo Vecciarelli and Turkey's Ambassador to Rome Murat Salim Esenli greeted the cargo aircraft when it landed in Practica di Mare Air Base near Rome.

"Today's help is very important to us. We thank President (Recep Tayyip) Erdoğan, Foreign Minister (Mevlüt) Çavuşoğlu and all Turkish people for their solidarity," Di Maio said, noting that the country needs 100 million masks a month.

Erdoğan announced the aid Monday and said the country had already sent a shipload of medical supplies via the Turkish Red Crescent to Italy.

After first appearing in Wuhan, China, last December, the virus has spread to at least 180 countries and regions, according to U.S.-based Johns Hopkins University. Its data shows the number of confirmed cases worldwide has surpassed almost 1.019 million, with the death toll over 53,000 and more than 200,000 recoveries.