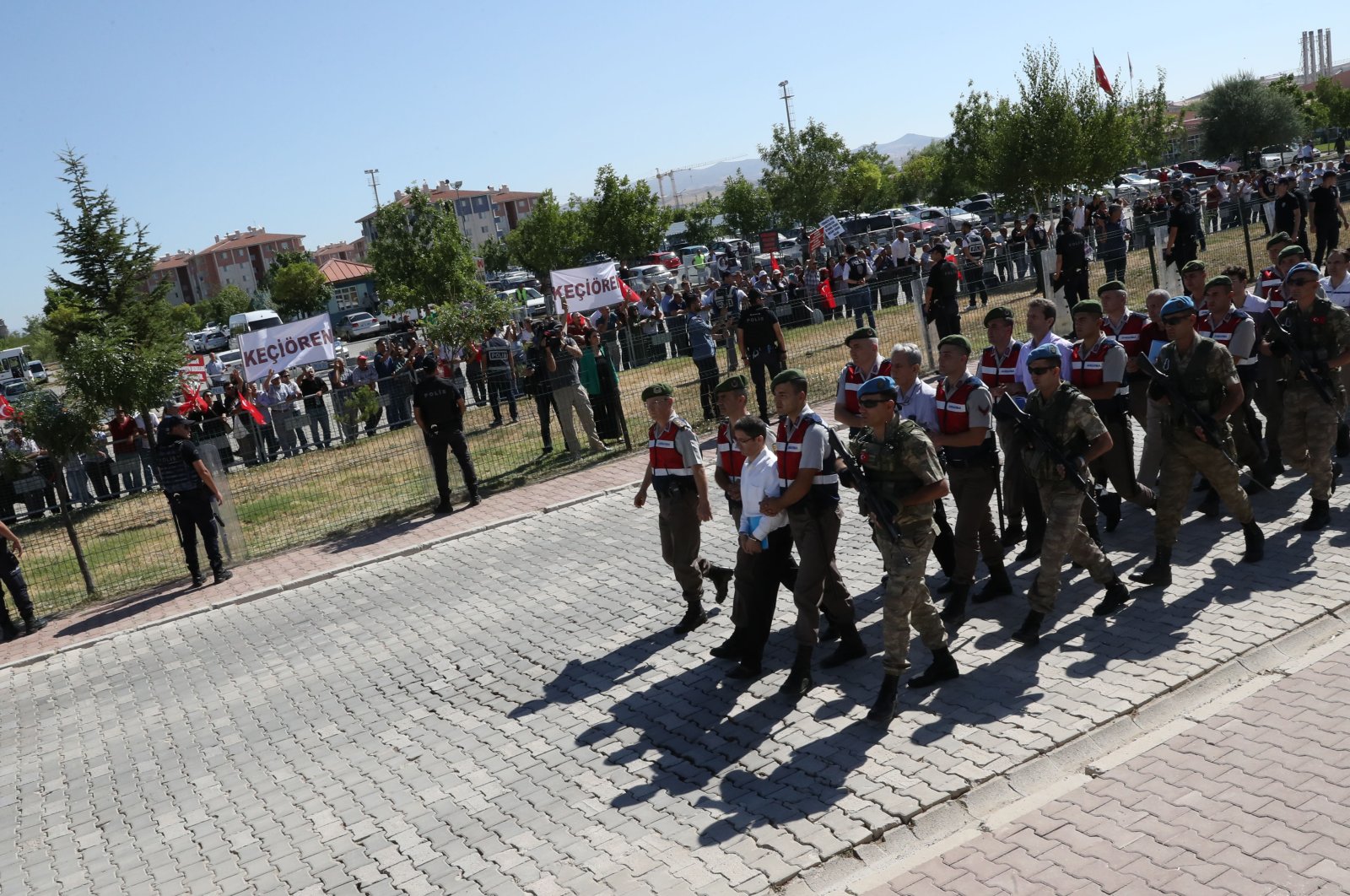 Justice prevails on the fourth anniversary of the coup attempt. Courts, embattled with a barrage of trials for putschists, managed to conclude 275 out of 289 trials. So far, 4,130 defendants were handed prison terms. In 275 trials, 2,532 defendants are sentenced to life. Among them, 1,315 were sentenced to aggravated life imprisonment, meaning they will not be eligible for parole.

Courts handed down prison terms ranging between one year and two months to 20 years for 1,598 defendants.

Sentencing for the putschists is a painstaking process as judges go through thousands of pages of indictments and hours of security camera footage showing the putschists in action. Prosecutors across the country have launched more than 100,000 investigations into the crimes of coup plotters. Courts labor over meticulous details to separate the innocent from the putschists. In concluded trials, 2,692 defendants were acquitted. Most of them are conscripts who were unknowingly dragged into the conspiracy of putschists who convinced them that they were “fighting terrorists” when they were forced to confront unarmed civilians opposing putschists.

In the capital Ankara, three major trials are underway with rulings expected later this year. The 19th High Criminal Court tried 142 defendants for their role in the coup attempt’s leg in the Land Forces Command. Prosecutors seek aggravated life sentences for 94 defendants including former brigadier Gen. Adem Boduroğlu and Ali Rıza Çağlar, who held key posts in Land Forces Command at the time of the coup attempt. Some 512 defendants are being tried in another trial in Ankara over actions of putschists at the Presidential Guard Regiment, a prestigious military unit. Prosecutors seek aggravated life imprisonment for 90 defendants in the trial. They want a record 1,512 years of imprisonment for the regiment’s commander Muhsin Kutsi Barış for his role in taking over the regiment for putschists.

One of the most significant trials that is still underway is the Akıncı trial. Titular military base in the capital served as a command center for coup plotters on July 15, 2016. Some 475 defendants are being tried in that trial. An indictment against the defendants asks for 79 instances of aggravated life imprisonment for 16 soldiers in the case. Among them are pilots and fleet commanders who carried out and ordered airstrikes in Ankara. One of them is Mustafa Azimetli, a lieutenant colonel accused of bombing the aviation headquarters for the Turkish National Police. Others are pilots Hasan Hüsnü Balıkçı and Hüseyin Türk, who carried out airstrikes targeting the Parliament and a building housing the police’s elite Special Operations department. Müslüm Macit, a pilot lieutenant, is accused of killing 15 people in an airstrike near the presidential complex.