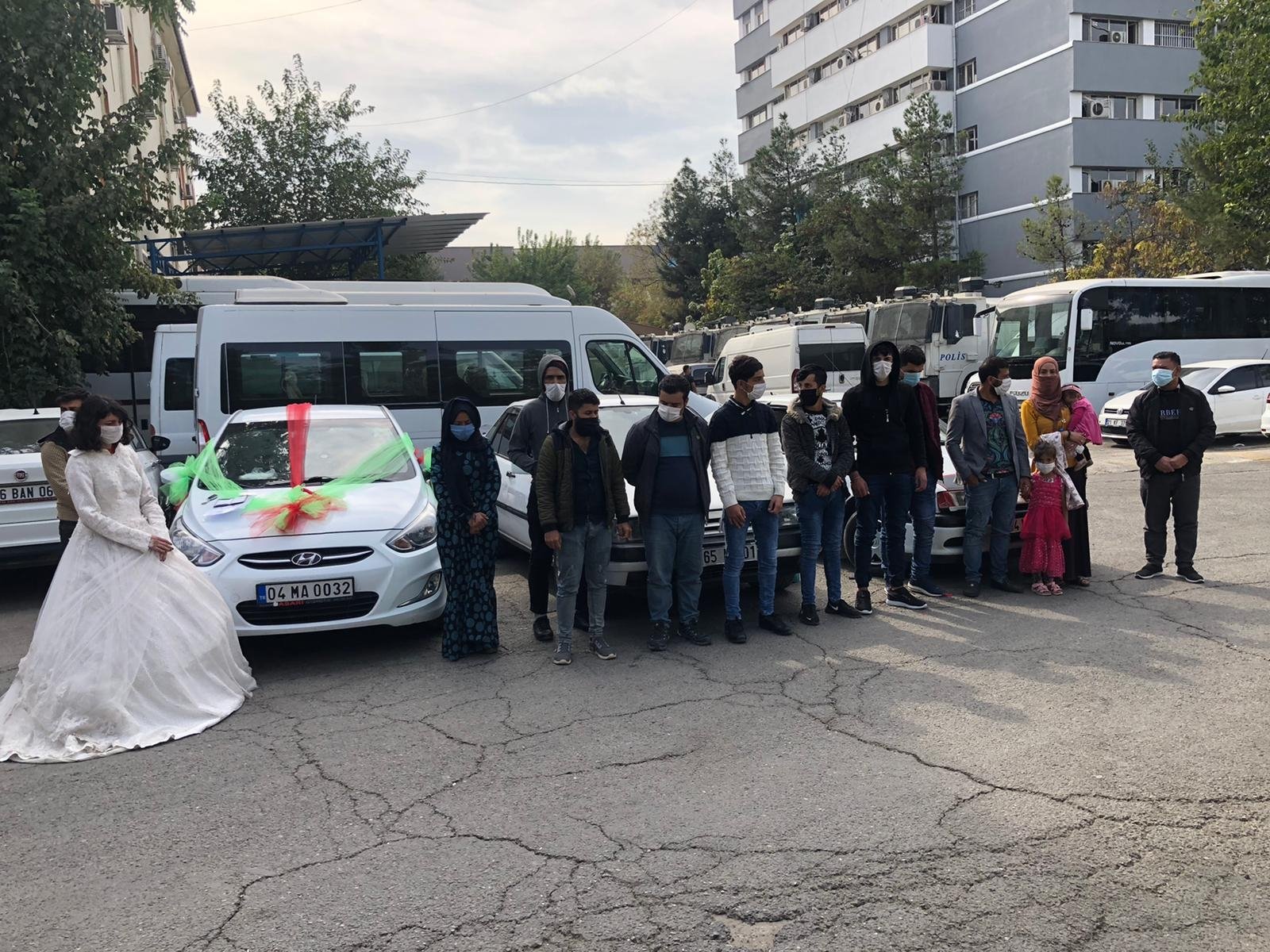 Turkish police caught 16 illegal migrants in three vehicles decorated as part of a wedding convoy in the southeastern province of Batman on Tuesday.

The police units of the province of Batman stopped the convoy at the city entrance.

After suspicion arose from a woman in a wedding dress and other passengers in the convoy, the police searched the vehicles and arrested 12 Iraqi and 4 Syrian illegal migrants.

For many years Turkey has been coping with influxes of illegal migrants from the Middle East as well as Central Asia. Fleeing economic despair and long-running civil wars, the migrants try to settle in Turkey or use it as a gateway to reach Europe despite strict measures by the Turkish government.