17 injured in 23-vehicle pile-up in Turkey 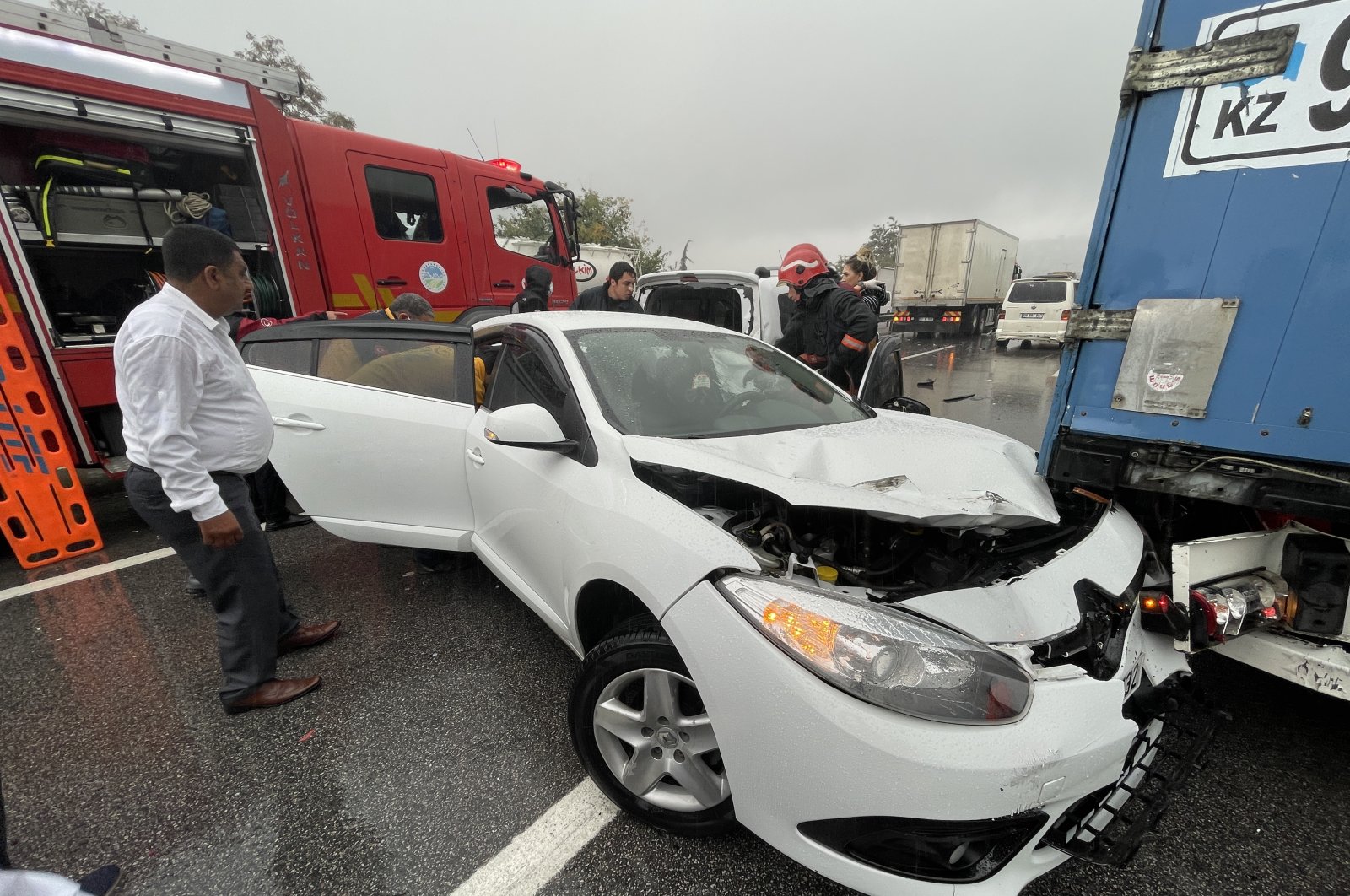 A pile-up shut down parts of Anadolu Highway in northern Turkey on Sunday when 23 vehicles collided amid bad weather. Seventeen people inside the vehicles sustained injuries in the accident that took place on the Sapanca section of the highway in northwestern province of Sakarya.

The accident involved minibuses, cars and trucks that were traveling on a section of the road leading to the capital Ankara. Ambulances, firefighting crews and police squads were dispatched to the scene. The highway was closed to traffic heading to Ankara for about one hour before crews removed the debris left by vehicles involved in the crash and the injured were taken to nearby hospitals.

Turkey was once notorious for its high casualties in traffic accidents, something blamed both on reckless drivers and poor road conditions. Road infrastructure has vastly improved in the last decade with the construction of divided highways with more lanes. The country also continues to takes several steps for traffic safety. Yet, casualties are still common, though lower. Last year, 4,866 people were killed in more than 983,000 traffic accidents, although the number of traffic accidents dropped more than 15% compared to 2019.