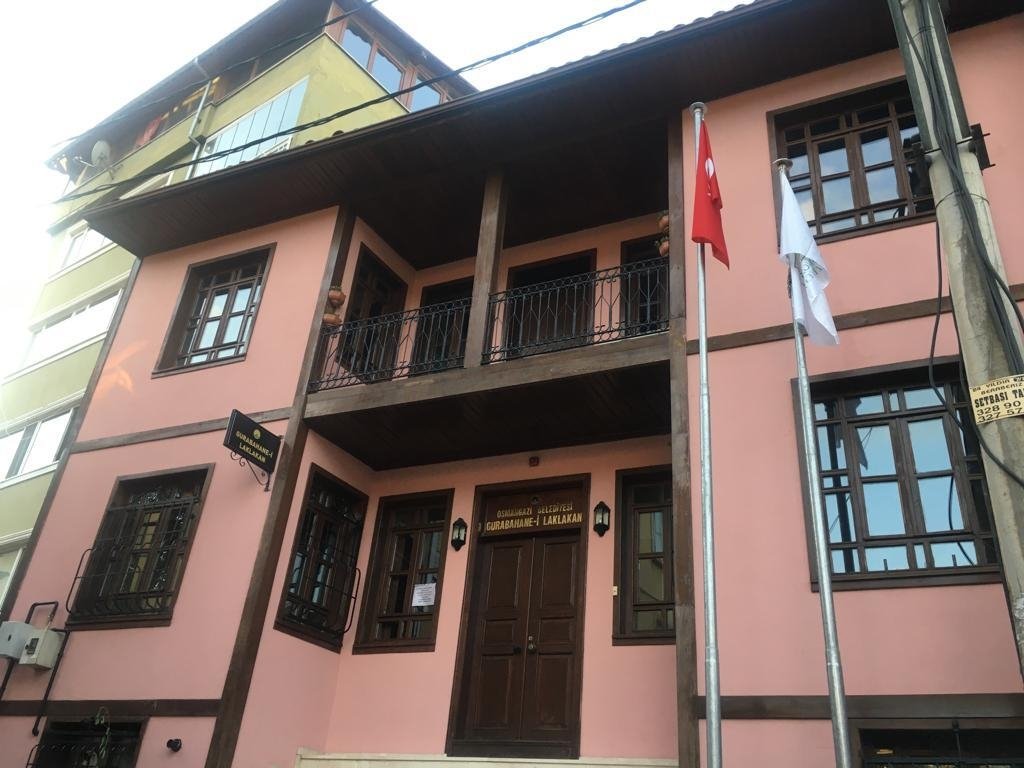 Established in Bursa in the 19th century for the care of crippled and injured migratory birds, especially storks, Turkey's first animal hospital "Gurabahane-i Laklakan" provides treatment, injections, medical dressing and vaccination for domestic animals as well as cats, dogs and birds found on the street.

Known as the world's first hospital for storks, Gurabahane-i Laklakan, which means "House of Fallen Storks," serves under the Osmangazi Municipality Environmental Protection and Control Directorate, next to the historical Irgandı Bridge.

Director of Veterinary Affairs in Osmangazi Municipality, Dilek Yosun told Anadolu Agency (AA) that they continue this tradition from the Ottoman Empire with the latest technological equipment and a professional team.

Noting that the hospital was abandoned in 1931 and restored by the municipality and started operating again in 2010, Yosun added “If we look at its historical background, in the 19th century, migratory birds, especially storks, are fed and looked after by the people in the square in the Haffaflar Bazaar in Bursa. Gurabahane-i Laklakan is established for it is thought to bring luck and abundance. Migratory birds kept in Calligraphy Square were brought to this treatment center and their care and feeding continued.”

“Since the Ottoman period, in our culture, the care and feeding of street animals, including natural migratory birds and storks, has been a constant concern,” said Yosun.

Explaining that about 100 animals are treated here every year, Yosun said, "Our veterinarians working at the municipality come to this treatment center during the week and serve our animal lovers living in the neighborhood.”

Noting that Bursa is on the route of migratory birds, Yosun explained “Migratory birds and storks with broken legs appear usually around May and June. If more complicated cases arrive, our teams transfer the cases to Stray Animals Natural Life and Treatment Center.”

Yosun concluded by saying “Gurabahane-i Laklakan constitutes to be the second pillar of service in order to keep this culture alive.”