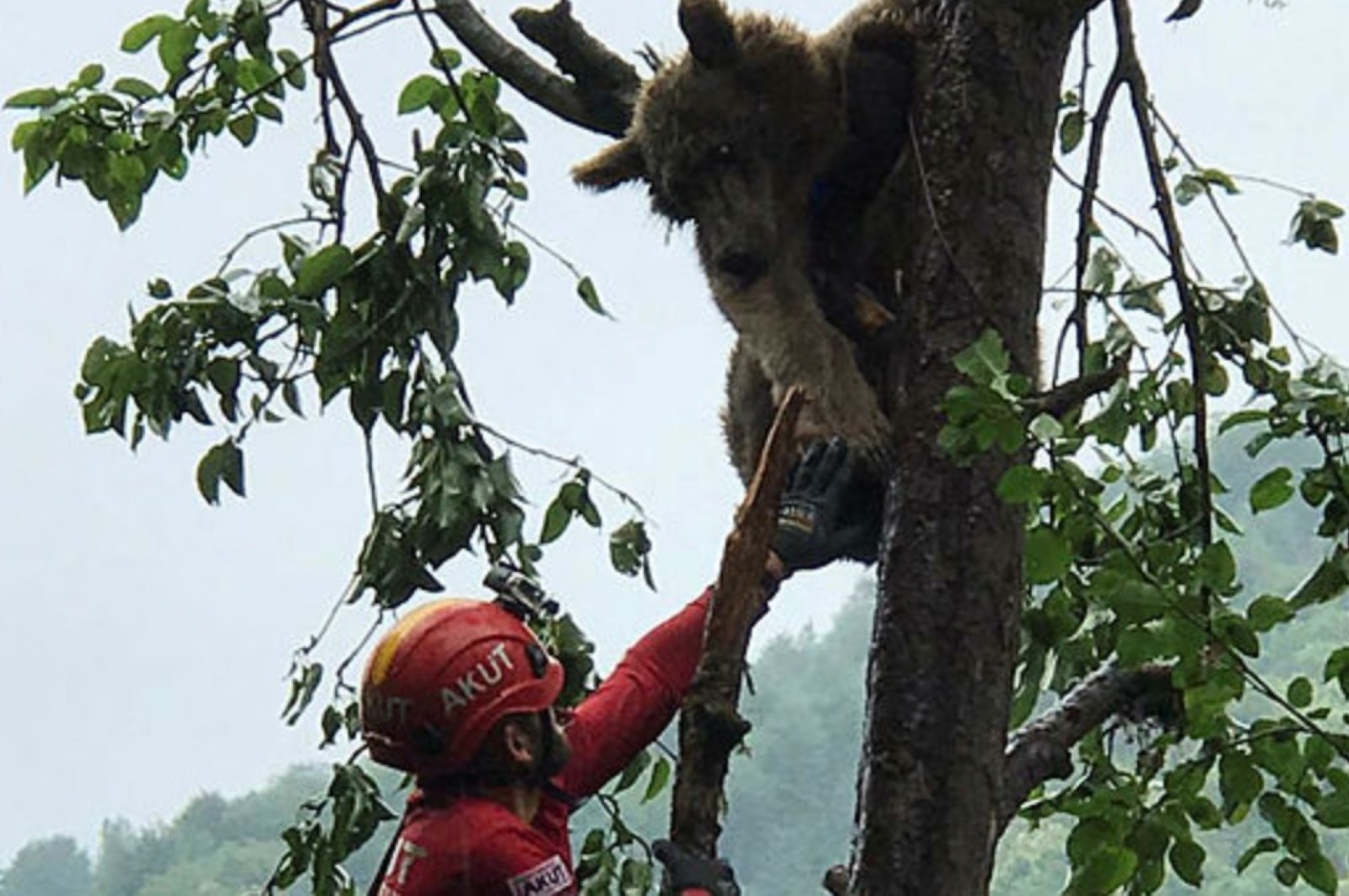 A young brown bear stranded on a pear tree was rescued Wednesday after two days of efforts by rescue crews in Akbucak, a village in Turkey’s Black Sea province of Rize.

The animal, estimated to be 2 years old, had apparently panicked when its feet got tangled in a steel wire set up nearby to trap boars and it climbed 20 meters up the tree. When villagers noticed it, they alerted authorities. A rescue team was sent to the area to take the bear down, but they failed to calm it despite firing tranquilizers. When the night fell and rainfall started, they had to call off the operation. They restarted the operation on Wednesday morning and fired 12 shots of tranquilizers to tranquilize the bear. Once the bear was tranquilized, two rescue workers set up a primitive lift to carry the animal. After bringing it safely to the ground, they removed the steel wire from its feet and released the animal to its natural habitat. “We were cautious not to annoy it, and I think it sensed that we would help it and did not react much,” Güçlü Uzunalioğlu, a member of the rescue team from the Search and Rescue Association (AKUT), told reporters at the scene.

The bear population has increased substantially in the eastern Black Sea provinces of Rize, Trabzon, Artvin and Giresun, sparking concern among locals that the unwelcome guests could harm crops and haunt tourist resorts around the highlands.

Bears have been caught on security cameras and camera traps wandering into populated areas in search of food as there is apparently not enough to eat in their territories. Some locals that are aware of the situation have started leaving out food for the bears near their natural habitats.