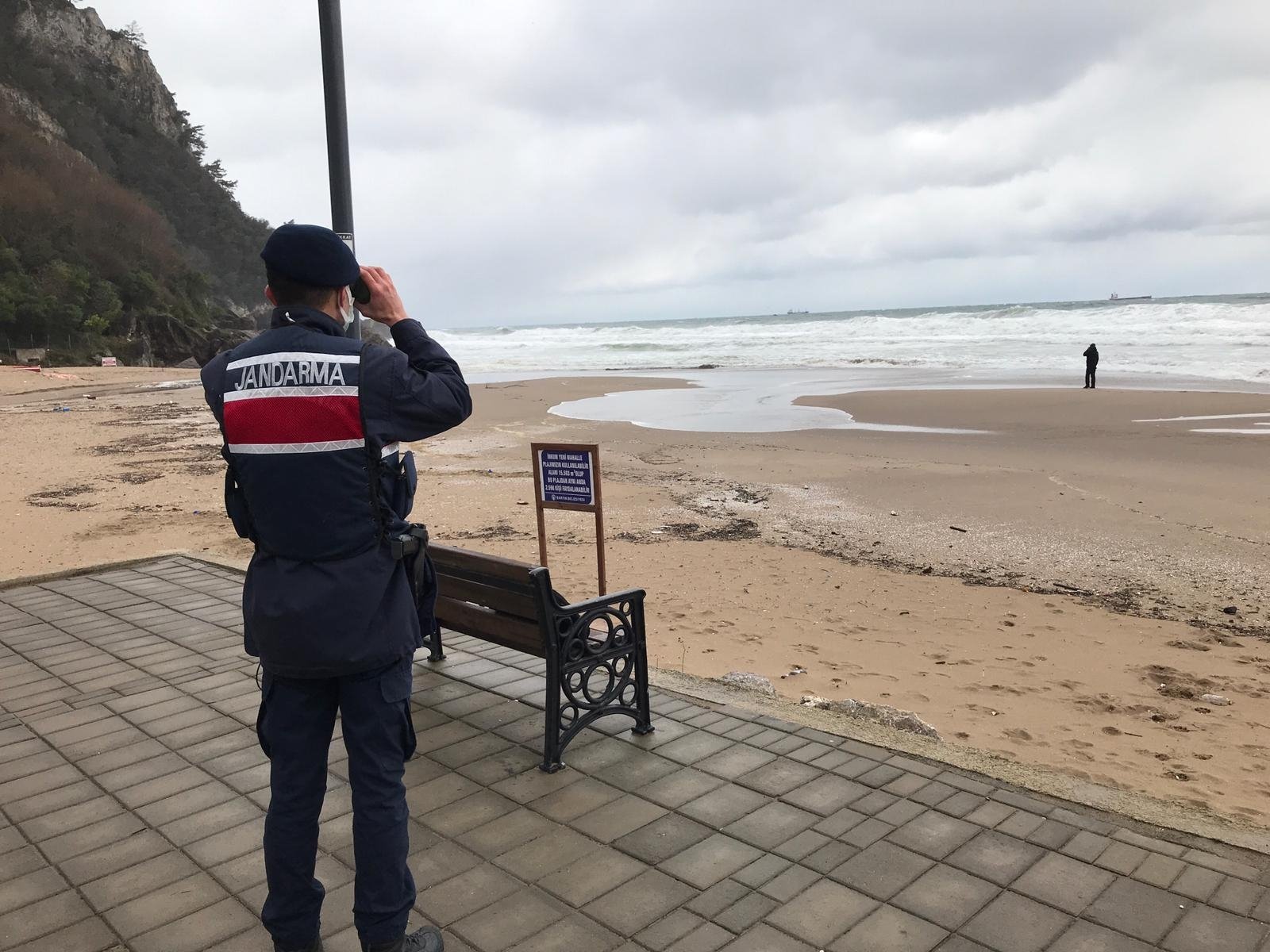 A dry cargo ship bearing a Palau flag sank off the coast of Black Sea province of Bartın on Sunday, authorities announced. The bodies of two crew members were found by search and rescue crews while six crewmembers were pulled to safety. The ship was sailing some 200 meters (655 feet) off the coast of the Inkumu district, battered by strong winds. Three ships in the area tried to help, but bad weather complicated the efforts. Authorities initially announced the ship had a Russian flag but later cleared that it was bearing a Palau flag and owned by a Ukrainian company. All crewmembers were Ukrainian nationals.

Local authorities dispatched search and rescue teams to the area, but they also failed to approach the 114-meter-long vessel due to the weather conditions. Bartın Governor Sinan Güner told reporters that crew members aboard had taken shelter in lifeboats. Search and rescue operations were hampered due to bad weather while crews waited on standby for winds to calm down a bit to start the evacuation. Güner told reporters that the ship had approached the Turkish coast due to the bad weather.

The Ministry of National Defense dispatched a frigate to the area to assist the evacuation efforts. The Ministry of Transportation and Infrastructure said in a written statement that the ship named "ARVIN" had 12 people aboard the ship which had anchored off the coast on Friday due to the bad weather. The ministry said the ship was heading to Bulgaria's Burgas port while media outlets reported that it has left Georgia's Poti port days earlier.