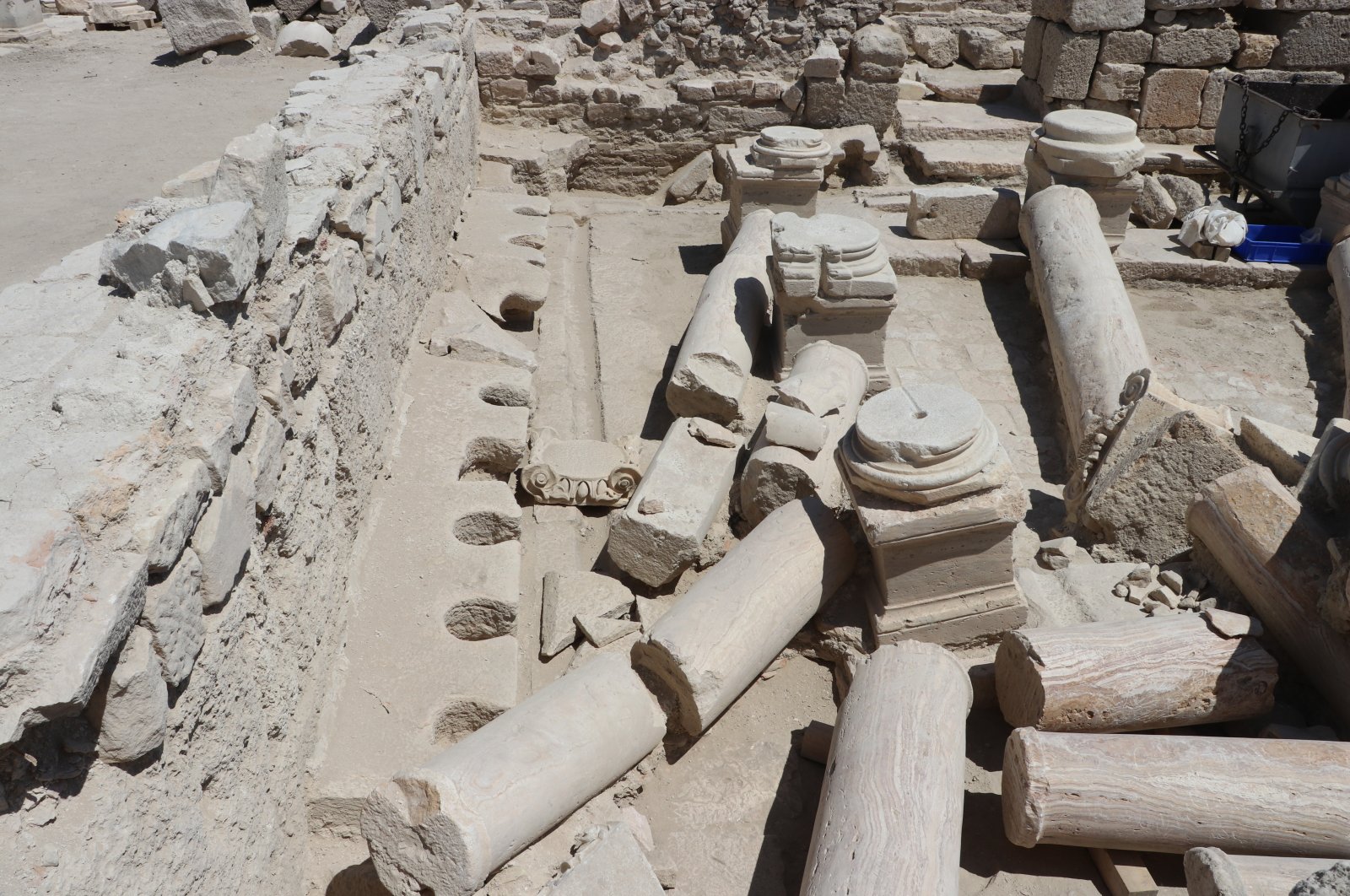 A 2,000-year-old Roman lavatory in western Turkey is being restored to serve as a tourist attraction and as a reminder of hygiene in times when it is needed most.

Archaeologists excavating ruins at the ancient city of Tripolis, located in the present-day Turkish province of Denizli’s Buldan district, unearthed the ancient lavatory earlier this year.

Now they are working to reopen the 40-person capacity lavatory to the public as a tourist attraction. "This is a site built to prevent pandemics," associate professor Bahadır Duman, who heads the team of archaeologists, said.

Tripolis, founded in the third century B.C. rose to prominence in the Roman period and many structures from the city are still intact. Frequent earthquakes in the past had buried the majority of the city. Researchers discovered a 15-meter tall monumental fountain at the site two years ago.

Though it differs from modern lavatories due to its lack of privacy, the square-shaped structure sheds light on the hygiene standards and habits of ancient people. There is no screen or any other item separating marble toilets from each other.

"This ancient lavatory is basically marble blocks with holes and all are attached to an outer wall. Around 2 meters below the row of toilets is a sewage line. The fountain we discovered in 2018 was connected here and water from there flow around the small canals around the row of toilets,” Duman said.

Another interesting finding was a substitute for today’s toilet paper rolls. "Back then, people used sticks with a sponge attached at one end. They’d use it and use water from the canal to clean themselves," he said.

“In the Roman era, toilets were located at city centers to ensure social hygiene. They were vital to preventing pandemics," Duman added.

The lavatory is expected to be opened for visitors next summer once the restoration work is completed.

In the meantime, archaeologists are also examining soil samples from beneath the lavatory to learn more about ancient people's dietary habits and diseases.