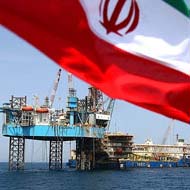 Iran temporarily halted flows of natural gas to Turkey on Sunday for technical reasons, a gas official was quoted as saying by the ILNA news agency.

Iran temporarily halted flows of natural gas to Turkey on Sunday for technical reasons, a gas official was quoted as saying by the ILNA news agency.

"Iran stopped exporting gas to Turkey this morning to carry out some repairs," Hassan Montazer Torbati, an official of National Iranian Gas Company said. The gas flows would restart soon, he said, without specifying.

The repairs were happening at a plant on the border with Turkey, he said.

Gas flows were halted two months ago due to an explosion on Aug. 24 and restarted on Sept. 25. A similar explosion occurred on July 21 and halted gas exports for 10 days. No explanation was given for either blast.

The outlawed Kurdistan Workers Party (PKK) have in the past claimed responsibility for attacks on oil pipelines from Iraq and Azerbaijan.

Iran is Turkey's second-biggest supplier of natural gas after Russia, sending 10 billion cubic metres of gas each year. Turkey uses gas to fire half of its power plants.