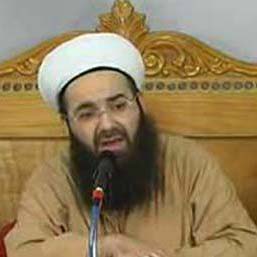 In a move that could serve to sabotage Turkey's efforts to settle the headscarf ban, Ahmet Mahmut Ünlü, the leader of a religious community, has been preparing for a showy gathering at a sports hall in İstanbul and urging his followers to attend the meeting in religious clothing, the Yeni Şafak daily reported yesterday.

The daily said that although the community used to hold its meetings at mosques, Ünlü, known as Cübbeli Ahmet Hoca, has recently decided to hold the next meeting of the community at İstanbul's Sinan Erdem Sports Hall, where thousands are expected to be present. Ünlü has been reportedly warning his female followers to wear their chadors and males to wear their robes and turbans. The daily says the images at the meeting may disturb the secular circles who have been opposing the Islamic headscarf and chador and label Ünlü's move a provocative one.

The daily recalled that the Aczimendi sect is remembered for their provocative protests in the run-up to the Feb. 28, 1997 unarmed military intervention that toppled the government at the time.

Also last week, attempts by primary school students in the provinces of Mersin and Adana who tried to attend schools with their headscarves on were also evaluated as moves than can halt the solution process for the headscarf issue. Sources said Hizbullah, a fundamentalist terrorist organization, was behind their attempts.

A 13-year-old elementary school student wearing a headscarf was admitted to her school in the southern province of Mersin. This was M.G.'s fifth attempt to enter school with her headscarf on. She was turned down the first four times. MG's father turned out to be a member of Hizbullah, for which he served six years in prison.

T.Y., who tried to attend classes wearing her headscarf in Adana, has a father who is the head of the Mustazaf-Der's Adana branch, which was shut down due to its ties to Hizbullah.

Meanwhile, the Star daily reported on an interview with Nuray Canan Bezirgan yesterday, who was among the first victims of the headscarf ban at universities. Bezirgan warned that following the cases of primary school students who want to go to the school with their headscarf on, Turkey may also witness some chador-wearing women at the door of university campuses. She says such provocative incidents have the aim of leaving the headscarf issue unsolved.
CIHAN
Last Update: Oct 25, 2010 11:49 am
RELATED TOPICS