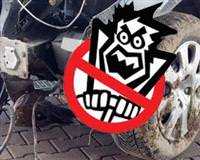 A state-run news agency says a bus carrying Azerbaijani pilgrims home from the annual hajj pilgrimage in Saudi Arabia has overturned in a roadside ditch in Turkey, killing five people and injuring 29.

ANKARA, Turkey - Turkey's Anatolia news agency says the accident occurred Tuesday near the town Sarkisla, in the central Turkish province of Sivas. The bus was en route to Azerbaijan from Saudi Arabia.

Thousands of people are killed in traffic accidents on Turkey's roads each year because of careless driving or poor road conditions.