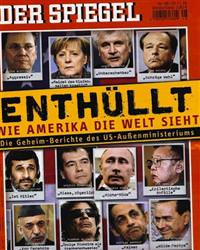 Turkish Prime Minister Recep Tayyip Erdogan on Monday downplayed the publication of secret US diplomatic cables casting him as ill-informed and sympathetic to Islamists.

Istanbul (DPA) - Speaking in Istanbul before travelling to Libya for an Africa- European Union summit Erdogan said the credibility of the Wikileaks website that leaked the documents was "questionable", Turkey's news agency reported.

"That's why we are waiting to see what comes from Wikileaks. Then we can evaluate it and give an opinion," he said.

They show US diplomats as being sceptical about Erdogan's ruling Justice and Development (AKP) party, believing it to be pushing an Islamist agenda.