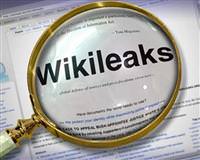 US diplomats have cast doubts on the reliability of NATO ally Turkey, portraying its leadership as divided and permeated by Islamists, according to the German Der Spiegel magazine's website.

Erdogan has introduced sweeping liberal economic reforms in pursuit of Europan Union membership since his AK Party was first elected by a landslide in 2002. He denies accusations by secularists that he harbours secret Islamist ambitions.

Der Spiegel cited a cable as saying Erdogan had surrounded himself with an "iron ring of sycophantic (but contemptuous) advisors".

Turkey has traditionally close relations with Washington, but ties have been strained of late, partly as a result of Ankara's falling out with Israel over its invasion of Gaza.

"The leaked diplomatic cables reveal that US diplomats are skeptical about Turkey's dependability as a partner ... The leadership in Ankara is depicted as divided and permeated by Islamists."

Der Spiegel's website gave few details or direct quotations from the cables but said its magazine would provide a broader account on Monday.