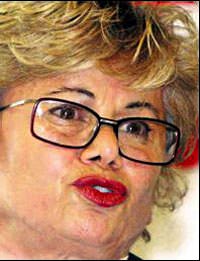 Eight Turkish education activists were charged Friday for belonging to a network that allegedly sought to destabilise and oust the Islamist-rooted government, Anatolia news agency reported.

The suspects, five of them women, belonged to the Association to Support Contemporary Life (CYDD) and the Contemporary Education Foundation (CEV), widely respected pro-secular groups that campaign for the education of girls.

Their inclusion into the investigation into the so-called Ergenekon network has already sparked criticism and fuelled accusations that the probe has degenerated into a bullying campaign to silence secularist opponents of the ruling Justice and Development Party (AKP).

An Istanbul court Friday issued an arrest warrant for one of the suspects, a former CEV chairwoman, and set the first hearing in the case for March 18, Anatolia reported.

The prosecution charged the suspects with membership in Ergenekon, which they argue is as an armed terrorist group, posession of secret state documents and breaching laws on the secrecy of private life, it said.

Details of the indictment and the jail terms the prosecution seeks were not immediately available.

The CYDD's iconic founder Turkan Saylan, a doctor who led a campaign to eradicate leprosy in Turkey before turning to the education of girls, died at the age of 73 last year.
Shortly before her demise, the police searched her home in Istanbul, where she was ailing in the terminal stage of cancer, sparking a wave of criticism.

The Ergenekon probe, afoot since June 2007, has fuelled political tensions between the AKP, the offshoot of a banned Islamist movement, and its opponents who say the party is seeking to undermine Turkey's secular system.

Prosecutors argue that the dozens of suspects charged in the probe, among them retired and acting soldiers, plotted assassinations and bombings to throw Turkey into chaos and prompt a military coup against the AKP.

The probe was initially hailed as a success in a country where the army has unseated four governments since 1960, with police digging up several weapons caches.

But its credibility waned as prosecutors began targeting journalists and academics known as AKP opponents, and suspects accused police of doctoring and fabricating evidence.