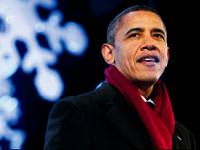 ISTANBUL - Obama called Prime Minister Recep Tayyip Erdogan on Saturday and told him that some of the comment in the cables does not reflect the view of the current U.S. government, and that the U.S.-Turkish alliance is vital, Erdogan's office said in a statement on its website.

Earlier this month, Erdogan reacted furiously to claims relayed in a 2004 diplomatic memo that he has money in Swiss bank accounts. He said U.S. diplomats should be punished for what he described as slander.