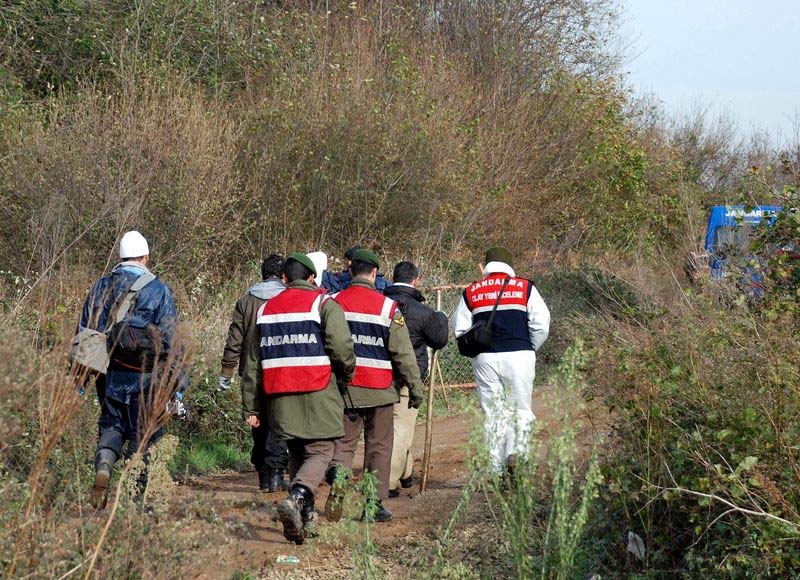 Turkish investigators have dug up 30 pieces of plastic explosives and 900 bullets as part of a probe involving the military, Anatolia news agency reported Sunday.

ISTANBUL: The dig was made in Poyrazkoy, an Istanbul suburb, on the basis of a sketch seized during a recent search at a navy base in nearby Golcuk as part of an investigation into allegations of "blackmail and military espionage," unidentified sources told Anatolia.

Earth-moving machines were brought to the area Sunday to continue the search, the agency said.

Poyrazkoy was the site of another dig last year, which resulted in the discovery of hand grenades, light anti-tank weapons and explosives, and the ensuing indictment of 16 people, mostly navy officers, for involvement in a plot to discredit and unseat the Islamist-rooted government.

Dozens of other suspects have been put on trial in the probe into Ergenekon, a purported secularist network that allegedly planned bombings and assassinations to throw Turkey into chaos and prompt a military coup against the ruling Justice and Development Party (AKP).

In a separate case, 196 soldiers, among them senior army commanders, went on trial Thursday over an alleged 2003 coup plan to oust the AKP, which opponents see as a threat to Turkey's secular system.

Critics say the investigations have turned into a government-sponsored campaign to disable the secularist army and bully the opposition to give the AKP a free hand in Islamizing the country. – AFP