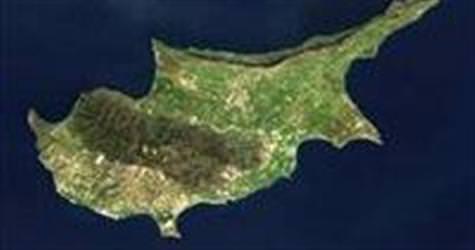 Turkey on Tuesday slammed a maritime border accord between Cyprus and Israel, saying it was "null and void" because it disregards the rights and jurisdiction of Turkish Cypriots on the island.

ANKARA, Turkey (AP) - The agreement, signed last week, was aimed at facilitating the search for mineral deposits in the east Mediterranean, where huge natural gas reserves have been discovered by a U.S. firm.

Turkey's Foreign Ministry said in a statement it has no claims on the areas subject to the agreement, but "Turkish Cypriots have also rights and jurisdiction over the maritime areas of the island of Cyprus." It said the Greek Cypriot government should not unilaterally sign international agreements without a solution to the division of the island.

Cyprus was split into a Greek Cypriot south and a Turkish Cypriot north in 1974 when Turkey invaded in response to a coup by supporters of a union with Greece. The island joined the European Union in 2004, but only the internationally recognized south enjoys membership benefits. Turkey only recognizes the breakaway north where it maintains 35,000 troops.

Talks aimed at reunifying the island have produced only limited progress since they began more than two years ago.

The Turkish Foreign Ministry statement said countries in the regions should not back moves "that would have a negative impact on the comprehensive settlement negotiations" and that "agreements signed by the Greek Cypriots with countries of the region are null and void for Turkey."

A spokesman for the Greek Cypriot government, Stefanos Stefanou, had no comment on the Turkish statement on Tuesday, saying he had not seen it. But asked Monday on media reports referring to Turkish objections, he said no other country has the right to interfere in Cyprus' affairs.

Turkey does not recognize the Greek Cypriot government as representing the entire island and its ties with Israel have been strained over a deadly Israeli raid on a Gaza-bound flotilla in May.

Turkey stated that it "does not have any claim regarding the maritime areas," subject to the demarcation agreement.

Cyprus has licensed Noble Energy to explore an 800,000-acre area bordering Israeli waters where massive gas fields have been found under the seabed. Two fields, Tamar and Dalit, discovered last year, are due to start producing in 2012, and experts say their estimated combined reserves of 5.5 trillion cubic feet (160 billion cubic meters) of natural gas can cover Israel's energy needs for the next two decades.