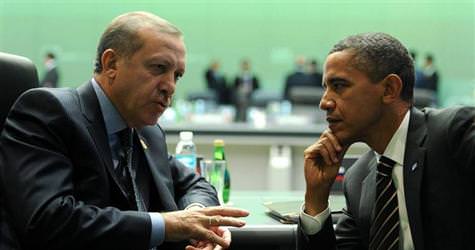 The Turkish government has warned US President Barack Obama that a congressional vote on a resolution recognizing the massacre of Armenians during World War I as a "genocide" could severely damage relations, the Turkish press reported Tuesday.

The US House of Representatives has tentatively planned a vote on the resolution for Tuesday, just before the 111th congress concludes. In March, the non-binding resolution was passed by a 23-22 vote in the House's Foreign Affairs Committee, a move Turkey protested by withdrawing its ambassador to Washington for one month.

Armenians contend that up to 1.5 million of their people were systematically killed by the Ottoman Turks in 1915. The US has approximately 1 million citizens of Armenian descent and the diaspora has rallied for recognition of the killings as a "genocide."

Turkey has long denied the genocide claim, saying the number of Armenians killed is much lower than claimed and that the deaths were the result of intercommunal violence at the time that also affected other ethnic groups.

The Turkish government and Turkish-American advocacy groups have engaged in an intense lobbying effort to prevent the resolution from going to a vote in the House.

On Monday, Turkish Prime Minister Recep Tayyip Erdogan sent a letter to Obama saying that the vote could cause a major rift in relations, according to reports in the Turkish press. "We are expecting that you will step in and intervene in Congress," Erdogan's letter reportedly said.

Although Turkey refuses to recognize the genocide claim, relations between the current Turkish and Armenian governments have slightly improved over the last couple of years.

In October 2009, the two governments signed accords to renew diplomatic relations and open their border. However, neither country has fully ratified the accords, and the process has stalled.

Ankara has warned that the passing of the genocide resolution in the US House could lead to a rupture in relations with Washington and could harm the already tentative reconciliation process between Turkey and Armenia.

The Obama administration has opposed the House resolution for the same reasons.

In 2007, then president George W Bush successfully pressured the House not to bring a similar genocide resolution to a floor vote, averting a diplomatic crisis between Turkey and the US.