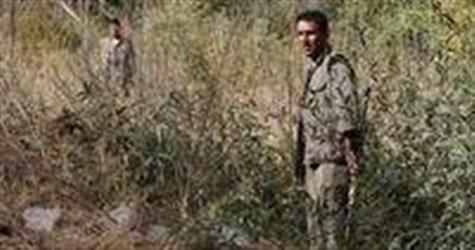 Two Kurdish rebels have been killed and another wounded in clashes with the security forces in southeast Turkey, a local official told the Anatolia news agency Tuesday.

The clashes, which took place in Mardin province late Monday, came amid a usual winter lull in fighting and despite a unilateral ceasefire the separatist Kurdistan Workers' Party (PKK) has announced until the summer.
Fighting erupted when the security forces encountered a group of PKK rebels in a rural area near the town of Dargecit, local sub-governor Senol Kaya told Anatolia.
"Two terrorists were captured dead, and one was wounded," he said.
In November, the PKK extended a truce, declared on August 13, until general elections, expected in June, to push for a peaceful solution of the 26-year conflict.
In response, Ankara signalled it would scale down military operations against the rebels, but stressed security forces would act if they obtained intelligence about PKK activities threatening public order and security.
The government has launched a cautious bid for a dialogue with the Kurds, seeking to cajole the PKK into permanently laying down arms, but the process has faltered amid Kurdish demands for autonomy, which Ankara rejects.
The PKK, listed as a terrorist group by Turkey and much of the international community, took up arms for self-rule in the Kurdish-majority southeast in 1984, sparking a conflict that has claimed about 45,000 lives.