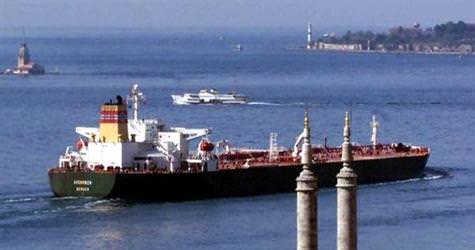 Turkey's foreign ministry denied a media report Friday that Ankara had agreed with the European Union to open its ports to Greek Cypriot ships in a deal to advance its EU accession process.

Turkish broadcaster NTV reported that a deal, which would involve the opening of a port in either Istanbul or Izmir to Greek Cypriot vessels, could go into effect in the coming months if the Cypriot government accepted it.

It did not specify a source for the report, which Turkey's foreign ministry rejected.

"There is no agreement as stated in the news. There has been news like this in the past," an official told Reuters.

"Every rotating president finds the ports subject on their desk when they take over their duties and they may discuss how to solve this problem with the Commission, with member countries or us... But there is no agreement on this," he said.

Turkey's bid to join the EU has been slow since it opened talks five years ago. The largely Muslim but secular state has repeatedly expressed disappointment at the pace of negotiations.

Talks have partly been held up by Turkey's longstanding disputes with Cyprus, an EU member. Resistance among other EU member states, notably Germany and France, is also a factor.

Cyprus wants Turkey to open up its ports to traffic. Turkey has refused to do so until the EU ends the isolation of northern Cyprus, which separated from the south in 1974 after a Turkish invasion triggered by a brief Greek-inspired coup in Nicosia.

Belgium has held the rotating presidency of the EU for the last six months. Hungary takes over on January 1.

EU officials said EU enlargement commissioner Stefan Fuele met Turkish Foreign Minister Ahmet Davutoglu in December to discuss solutions to the long-standing dispute. But they declined to say whether an agreement had been reached.

To make substantial progress in its EU accession negotiations Turkey has to convince Cyprus and other EU governments to unblock discussions on several policy areas, known as "chapters."

Any EU candidate has to strike an agreement with the EU on more than 30 such areas in a process aimed at aligning the legislation of EU hopefuls with EU rules.

Of Turkey's 35 chapters, one has been completed, 12 remain under discussion and 18 have been frozen because of opposition by EU member states including Cyprus and France.