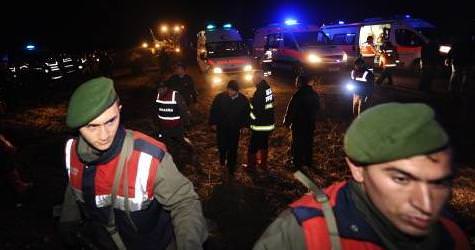 Turkish media say five military servicemen died when a helicopter crashed during a training flight west of the capital, Ankara.

The reports say the military helicopter crashed Monday night in Polatli, in the Central Anatolia region, 80 km west of Ankara.

Television stations cited the military as saying officials had reached the wreckage, but fog covered the area.

There were no immediate reports on the cause of the crash.