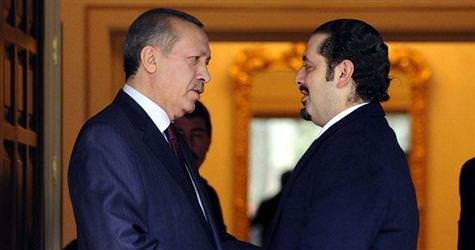 Turkey said on Friday it wanted to convene high-level international talks on the political crisis in Lebanon after the collapse of Prime Minister Saad al-Hariri's government.

Lebanon is due to launch consultations on Monday to form a new cabinet after a rift between Hezbollah and Hariri over expected indictments for the 2005 killing of Hariri's father toppled the government.

But deep divisions between Lebanese leaders and among their powerful regional patrons over the U.N.-backed tribunal investigating the killing make it difficult for any government to be formed until compromise on the tribunal is reached.

It was not immediately clear whether all the countries mentioned by Erdogan would support the initiative. Political sources in Beirut said that Washington had rejected an earlier French proposal for regional talks.

"The first of our priorities is telephone discussions. We will talk today with Qatar and Iran," Erdogan said, adding that he was expecting to speak to French President Nicolas Sarkozy about the initiative.

Erdogan and Hariri met for around two hours on Friday in Ankara after which Hariri, who has been outside Lebanon since his government collapsed on Wednesday, returned to Beirut.

"We will continue to support strongly the achievement of a peaceful, secure and stable situation in Lebanon as a country which can establish dialogue with all sides in Lebanon," Erdogan said earlier in a speech to officials from his ruling AK Party.

French Foreign Ministry spokesman Bernard Valero said in Paris: "The direction being taken by the president (Sarkozy) is of an international consultation that is being discussed by France and its partners."