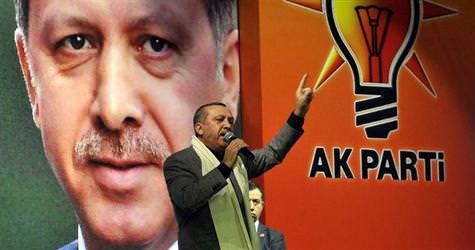 The government is now taking a new step on the issue of mandatory military service for police officers, an issue that has long been occupying the agenda. According to the new formula, announced by Prime Minister Tayyip Erdoğan and Minister of the Interior Beşir Atalay, police officers that have served ten years of duty will soon be exempt from having to complete their mandatory military duty. Should the legislation pass, this new decision will affect 38,000 police officers.
If the legislation is approved, 2,500 police officers currently serving their mandatory military duty will be discharged immediately. Prime Minister Erdoğan was the first to announce the new arrangement the government has been working on for awhile now. Yesterday, during the 'Turkey Heads to 2023, Ankara Meets at the AK Party' meeting Erdoğan announced that the government has been working on new regulations regarding military service for members of the police force and relayed the good news for police officers .
Erdoğan stated, "Whether they are graduates from the police academy or from two-year vocational schools, members of the police force whom have served for ten years will be considered as having completed their mandatory military service. Once this law passes, those officers that are currently serving will have their military duty halted and they will be immediately discharged."
Following Erdoğan's announcement, Minister of the Interior Beşir Atalay also reiterated Erdoğan's words and went on to explain in further detail to the Anatolian press agency. Stating that the new arrangement holds police entirely exempt from serving their military duty, Atalay went on to explain, "They will not serve in the military at all, however they will be required to serve ten years as a member of the police force. If they leave their position prior to the ten year minimum, they will then once again be required to serve their military duty, similarly to the previous short-term draft. That's how it was, and now we have worked further on it. The new draft has complete exemption. However, they have to remain in their job for ten years."
Atalay also expressed that according to the new regulation, it won't matter what school a police officer is a graduate from, and went on to state, "There are approximately 38,000 police officers that have not yet served their military duty. All of them will benefit from this new arrangement. In addition, there are 2,500 officers currently serving their military duty. They will immediately be discharged once the legislation has passed. From here on out, police officers will be completely exempt from the mandatory military service. They will not serve in the military at all."
DRAFT IN THE ASSEMBLY TODAY
According to Atalay, the draft will most likely be passed on to Turkey's Grand National Assembly today. Atalay went on to state that as the government, they plan to turn the draft into legislation as soon as possible, "We are hoping and planning for the legislation to go into effect within one to two weeks' time."
Deputy Prime Minister Cemil Çiçek had announced a while back that graduates from the Police Academy would be subject to serve three weeks of the mandatory military service, while vocational school graduates would be obliged to serve the short-term compulsory military service.