Doors to be sealed in struggle against smoking 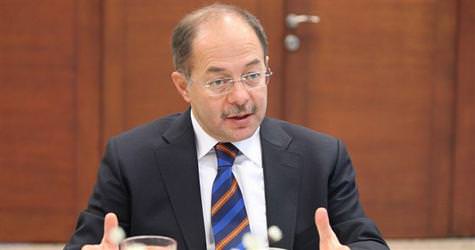 Legislation on the agenda may foresee the shutting down of locales insistent on disregarding the smoking prohibition. Akdağ reveals plans to add an item to the smoking legislation which foresees the sealing of the doors of locales which have received three offenses for permitting smoking indoors. In regards to alcohol consumption, Akdağ states, “Of course those who want to can drink; no one can interfere with that."

Minister of Health Recep Akdağ shared details with SABAH on the new regulations to be enforced on the prohibition of cigarette smoking in enclosed areas. Akdağ is insistent on not backing down on the established smoking prohibition in enclosed areas and according to Akdağ, further measures are being drawn up to be added to the regulations, and include the proposal of shutting down a locale which does not adhere to the smoking prohibition. "Fines for the first offense span between 500 and 5,000 liras, the second offense will be increased to double. If the offense continues then we may recommend the location be shut down." Noting that since the start of the smoking prohibition, the number of smokers in Turkey has seen a significant drop. Akdağ states that even though nations such as Germany, Greece and France are backing down on harsh regulations, Turkey is taking the practice very seriously. Speaking to SABAH, Minister of Health Akdağ made a number of interesting comments on such pressing issues as nationwide smoking restrictions, alcohol consumption and interference in lifestyles.
DUTY TO BE HANDED OVER TO THE GOVERNORSHIP
"We are conducting regular inspections and fines are being issued, however the municipal committees that should be realizing the practice are not doing the job. Only 20 percent of fines are going through. We have issued a criminal complaint for the municipalities in question. The Ministry of the Interior even sent a memorandum yet nothing changed. From here on out, the new legislation arrangement will have the governorships impose the fines, instead of municipalities.
TWO-TIMES THE FINE
The new draft of regulations being discussed in the Assembly includes a new item. Locales will still be charged 500 to 5,000 liras for permitting smoking indoors, however second-time offenders will now be fined double. In addition, states Akdağ, "We will be submitting the proposal that locales which refuse to adhere to the smoking regulation, be shut down. We will impose the order and we will not back down."
RATE OF SMOKERS DROPPED WITH REGULATIONS
Minister Akdağ also states that ever since smoking regulations were enforced in Turley, the rate of smokers has dropped significantly. Prior to the prohibition, in 2007 the rate of smokers in Turkey was at 33 percent. In 2008, that figure was at 31 percent and in 2010 it dropped to 26 percent. In 2009, the number of cigarettes sold decreased by ten percent.
In regards to alcohol consumption, Akdağ states, "The rate of alcohol consumption in Turkey is not that high, however the number of alcoholics is. Even today, we do not have enough alcohol addiction treatment centers to accommodate the need."