An era for women to reign in national education 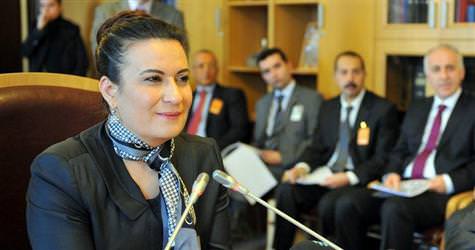 Minister of Education Çubukçu has realized a first. Three-hundred female administrators have been appointed to Regional Boarding Primary Schools and Student Dormitories.

The first positive discrimination move to come following the September 12th referendum was recently embarked upon by Turkey's first female education Minister Nimet Çubukçu. According to Çubukçu, girl students were the influential factor in her decision to appoint 300 female administrators to Regional Public Boarding Elementary Schools and Student Dormitories schools throughout the country.
MIRACLE WOMEN
Drawing attention to the nature of women to step back when it comes to being demanding, Nimet Çubukçu states; "whereas a number of times, I have witnessed women make miracles when given a job to do."
One of the items included in the Constitutional Amendment voted on in the September 12th referendum, was geared towards the positive discrimination of women and securing women's rights. Minister of Education Çubukçu has been the first to realize the clause voted on in the referendum and has done so by appointing 300 female administrators to Regional Boarding Schools or YİBO and Student Dormitories.

"In my first days as minister of education, I visited a girls' student hostel where the girls said they keenly felt the lack of a female director's presence to whom they could express their problems," said Çubukçu, explaining her motivation in appointing 300 female directors to YİBOs and student hostels.
"Çubukçu also explained that female student requests were influential in her decision to appoint 300 female administrators. "In the very first days when I became the Minister of Education, I paid a visit to a girls' dormitory. It was there that a female student told me that she really wished there was a woman administrator to whom she could share her problems with."