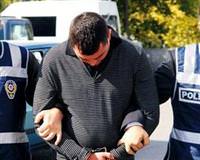 Rapists and child molesters may soon be subject to undergo testosterone-reducing therapy, otherwise known as ‘chemical castration,’ according to a new draft law.

AK Party Istanbul Deputy Alev Dedegil, has prepared a new law proposal which includes readjustments on punishment for crimes including rape and child molestation. Accordingly, repeat offenders will be administered medication to reduce libido and sexual activity. The law proposal also includes an item to prevent victims from having to undergo numerous medical examinations by the Forensics Medical Department.
The proposal to be reviewed by Turkey's Grand National Assembly also includes adjustments of jail sentences for committing sexual crimes. According to the draft, instead of receiving 2-7 year sentences, sexual offenders would be subject to receive 5-10 year sentences. In addition, sentences for sexual offenders responsible for any sort of penetration, rape with an organ or any other instrument, will be increased from 7 to 12 years to 10 to 18 years in prison.
If the crime has been committed by a step-parent or sibling or by adoptive parents or siblings, or by a coworker or in any way as a result of taking advantage of a situation facilitating socializing, the sentence incurred will be increased by 50 percent. If the victim has lost their spouse, employment or educational opportunities as a result of the crime, then the sentence issued will be doubled.
The current 3-8 year sentence for child molesters will be increased to 6-12 years and if the crime includes penetration, sentences will be increased from 8-15 years to 12-20 years. If the crime has been committed towards a child under 12 years of age and if a weapon or more than one individual was involved, or if the crime was committed by a relative or babysitter then the punishment received will be increased by 50 percent.
Those charged with sexual offences that have served their sentences and have been released conditionally, may be subject to therapy that will significantly reduce the effects of testosterone. According to the proposal these individuals will have to reside in a different region than their victim. If one or more of these offenses have occurred, then the perpetrators will be forced to be administered the aforementioned treatment.