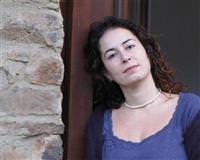 A Turkish court acquitted a writer for the third time on Wednesday of charges that she was involved in a deadly 1998 explosion -- a case which has raised concerns about judicial process in the EU-candidate country.

The verdict was welcomed with cheers from people outside the Istanbul court who gathered to support sociologist Pinar Selek. She was accused of planting a bomb at the city's Ottoman spice bazaar which killed seven and wounded more than 100 people.

Human Rights Watch had described the case as a "travesty of justice," saying there was substantial evidence that the explosion had been due to an accidental gas leak.

Selek worked as a sociologist researching Kurdish issues in the mid-to-late 1990s and had contact with the banned Kurdistan Workers Party (PKK) terrorist group.

A member of the European Parliament welcomed the verdict.

"I hope it will open a new era for justice in Turkey, that at least in the end people who are in courts because of lack of freedom of speech, freedom of research ... are no longer charged in Turkish courts," Helene Flautre, co-chair of the EU-Turkey Joint Parliamentary Committee, told Reuters outside the court.

Selek, who lives in Berlin and did not the attend the hearing, would have faced a life sentence if convicted.

She was arrested in July 1998, aged 27, and freed two and a half years later after a team of experts concluded that the explosion had not been caused by a bomb, but by the accidental ignition of a gas cylinder.

Despite these findings, the case against Selek continued and she was acquitted twice in 2006 and 2008. The prosecutor appealed each time and the appeals court ordered a retrial, but the court reaffirmed its acquittal ruling.

The indictment said Selek had worked with the PKK under the guise of her work and had planted the bomb with a co-defendant. It was unclear if prosecutors will appeal the latest ruling.

"The pursuit of this case for 12 years violates the most basic requirements for a fair trial," Emma Sinclair-Webb, Turkey researcher at Human Rights Watch, said before the verdict.

One of Selek's co-defendants, who later testified that he did not know her, had originally made a false confession under police torture, implicating her, rights group said.