Balyoz arrests across the board 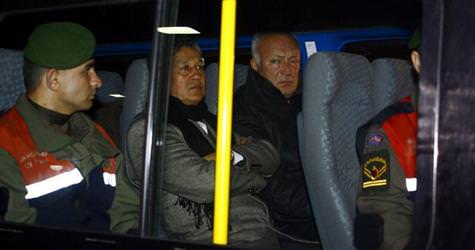 A shocking new development: Arrest warrants have been issued for 163 suspects in the Balyoz case, including Cetin Doğan, Ibrahim Fırtına and Özden Örnek.

30 ACTIVE, 59 GENERALS
In the third hearing for the Balyoz case, arrest warrants were issued for 59 generals and admirals, 30 of which are currently on active duty. While 27 of the active-duty generals were present in court, they were directly transferred to the Hasdal Military Penitentiary; the remaining three active generals have been issued warrants for their arrest.
General Fırtına and Örnek were amongst the 25 retired generals present in court that were subsequently arrested. Warrants have been issued for the arrests of retired General Doğan, Saygun, Karababa and Durusoy. After hearing the ruling, the suspects began to chant the Harbiye anthem. Close ones and relatives of the suspects issued warrants staged a protest following the ruling.