The state and not the ECHR, returns Selamet Han 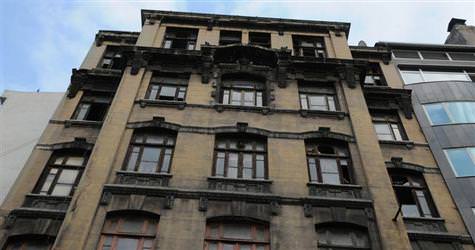 When the Armenian Hospital Foundation was not granted the return of Selamet Han, a historical business center or khan, in a case heard by the European Court of Human Rights, the building was instead returned by the state in accordance to the new Foundation Law.

With the implementation of the 5737 regulation in the Foundations Law three years ago, 96 pieces of real estate were returned to minority foundations. Amongst these properties was the Selamet Han, located in Eminönü, which had belonged to the General Directorate of Foundations since 1994.
ECHR REJECTED THE CASE
The Surp Pırgiç Armenian Hospital Foundation applied to the European Court of Human Rights to reestablish ownership of the Selamet Han, which had been endowed to the foundation by Kalust Gülbenkyan, an Armenian businessman in 1953. A case ruling had granted ownership of the property to the General Directorate of Foundations in 1994, upon which the foundation applied to the ECHR. The ECHR rejected the case; however the fate of the now dilapidated Selamet Han was instead determined by the new Foundations Law, which went into effect on February 27th, 2008. The law offers the possibility of the return of properties confiscated for a variety of reasons from minority foundations. When the law went into effect, a number of foundations applied for the return of a combined 1,410 pieces of real estate. Since that time, 96 properties have been returned. The Selamet Han, situated in Istanbul's historical Eminönü district, is just one of those pieces of property.
ZEYTINBURNU STADIUM IS NEXT
Qualifying the new regulation as a reform, Chairman of the Surp Pırgiç Armenian Hospital Foundation, Bedros Şirinoğlu, states, "we are now real citizens, not just so-called citizens. We have applied for the return of 19 other properties, including the Zeytinburnu Stadium and we have received affirmative responses regarding seven of the properties requested." The Zeytinburnu Stadium is located on 44,000 square meters of land which used to function as the hospital garden. According to Şirinoğlu, they need the revenue from this land in order to further serve the poor with medical assistance.
Historical Khan to Become a Boutique Hotel
Bedros Şirinoğlu also announced that the center, which is currently in lamentable condition, will be transformed into a boutique hotel. The restoration project is currently awaiting approval from the Preservation Council. Şirinoğlu states, "We hope to complete the restoration as soon as possible and to operate the center as a boutique hotel catering to Istanbul tourism. This khan will become the type that people will point out.