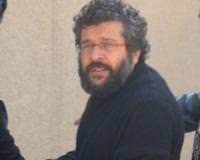 A prominent Turkish journalist was charged on Friday with links to a shadowy, ultra-nationalist group accused of seeking to overthrow the government, joining two of his colleagues in jail pending trial.

Soner Yalcin, who runs a news website fiercely critical of the government, was detained earlier this week in a case which triggered a diplomatic spat between Turkish officials and the new U.S. ambassador to Ankara.

Ambassador Francis Ricciardone, who said he did not know details of Yalcin's case, had remarked to reporters that it was hard to understand the detention of reporters in Turkey, given its avowed policy of supporting press freedom.

Turkish officials responded by warning the envoy against interfering in domestic affairs, with Foreign Minister Ahmet Davutoglu saying it was not right for an ambassador to make judgments over an ongoing investigation.

Yalcin and two of his colleagues were charged with being members of a "terrorist group", "obtaining and publishing secret state security documents" and "inciting hatred", media reports said. Court officials were not available to comment.

The journalists were questioned by prosecutors handling cases against the Ergenekon group, whose alleged members - including lawyers, writers and politicians - are accused of conspiracies against the government.

Public opinion was behind the government following the first arrests back in 2007, as few Turks want a return to coups that blighted the late 20th Century, but skepticism set is as the investigations broadened and many suspects have been held on remand for more than two years with no end in sight. A separate trial has begun of nearly 200 serving and military officers in the alleged "Sledgehammer" plot to undermine the government.

The trials reflect a lingering mistrust between the traditionally secular establishment and a ruling party that critics say retains Islamist leanings.

NATO ally Turkey has pushed through a series of political reforms with the aim of securing EU membership, but rights groups remain critical of its record on freedom of expression.

The court cases revived debate about press freedom, with thousands of reporters targeted in investigations over their stories on the Ergenekon plots on the grounds that their stories violated the confidentiality of the cases.