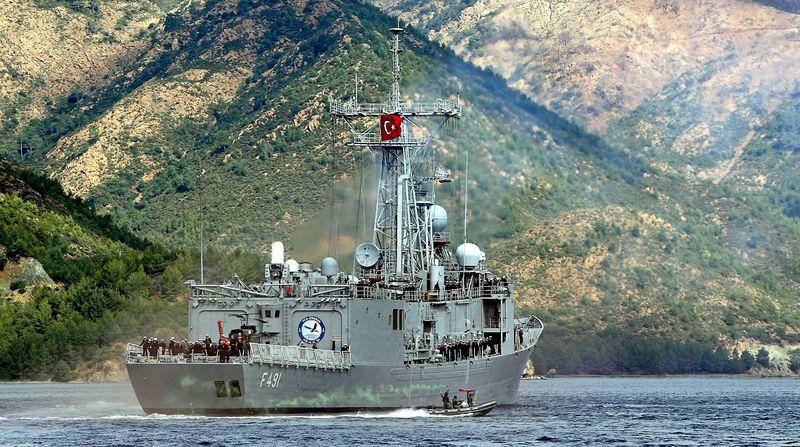 A Turkish frigate repulsed an attack by pirates on a Turkish-flagged freighter east of Oman, the Turkish General Staff said in a statement on Monday.

The M/V Kiran Asya, travelling from the United States to Iraq, came under attack 85 miles (137 km) east of Oman on Sunday morning. The Turkish frigate TCG Giresun, which was in the area, responded by mobilising a helicopter to protect the ship.
The military said the helicopter then repulsed attacks later in the morning by the pirates on the Turkish-owned M/V Avramit, which is Panama flagged, and the Chinese-flagged F/V Zen Hua fishing vessel.

The frigate will escort the Turkish vessels through the area, the statement said.

Pirate gangs are making tens of millions of dollars in ransoms from hijackings. Despite successful efforts to reduce attacks in the Gulf of Aden, international navies have struggled to contain piracy owing to the vast distances involved.