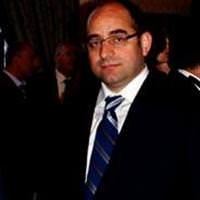 A Turkish court charged four journalists and a writer early Monday with involvement in an alleged plot to overthrow the government, but prosecutors said the detentions were not due to their journalism.

A day earlier two journalists who have written investigative books about clandestine activities within the state were also jailed pending trial in a case which has raised the political temperature in Turkey ahead of a June parliamentary election.

The European Union, which Turkey aims to join, the United States and human rights groups have voiced concerns about the implications of the detentions for Ankara's commitment to media freedom and democratic principles.

Writer Yalcin Kucuk, a government critic, was charged and jailed early Monday along with four journalists from the Odatv website, which is fiercely critical of the government.

The five were charged with membership of a terrorist group and stirring hatred.

Soner Yalcin, who ran the Odatv website, was jailed last month along with two colleagues on similar charges, fuelling allegations by government critics of an attempt to intimidate the media.

"It is an injustice that the government should be exposed to allegations of silencing the voice of the press or limiting press freedom," he told a television program Sunday.

Prosecutor Zekeriya Oz, who has been at the heart of the investigation into the murky, ultra-nationalist Ergenekon group and its alleged plot to overthrow the government, issued a statement denying the detentions were journalism-related.

"This is a legal process which became necessary after assessing evidence ... and is not related to the journalistic duties, writings, books and views of a group of press members," said a statement given to journalists at an Istanbul courthouse.

The government, which has a large majority in parliament, is expected comfortably to win a third consecutive term in office in June's general election.

Thousands of people, many of them journalists, marched in Ankara and Istanbul Friday in protest against the detentions and chanted anti-government slogans.

Hundreds have been charged and trials are under way of alleged Ergenekon members in a case which highlights long-running strains between the secularist establishment and a ruling party which critics say has Islamist leanings.