A return to university 14-years later with ECHR ruling 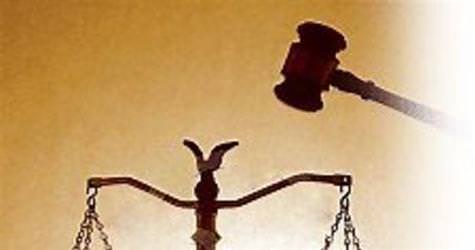 The ECHR has ruled in favor of Mürsel Eren, whom had scored in the top 100 of the University Placement Examination or ÖSS, however due to ‘suspicions of his success’ he was never registered resulting in a 14-year struggle for justice. Finally, at the age of 38, Eren is a third year student in Ankara’s Law School.

After three years of failing the university placement exam in Diyarbakir, Mürsel Eren decided to receive private tutorship and when he took the exam in 1997, he placed amongst the top 100. However, the Student Selection and Placement Center or ÖSYM, refused to register him to the Ankara Law School claiming his 'situation was suspicious.'
REPARATION AND READMISSION
In 1999, Eren applied to the European Court of Human Rights when his appeal to the Council of State failed to reap results. The ECHR ruled on 5,000 Euro reparations as well as for the lifting of the judicial ruling, allowing for Eren to become registered. This time, the Council of State's Eighth Department ruled in favor of Eren. ÖSYM went ahead and registered Eren, however subsequently applied for an appeal.
A FIRST FOR TURKEY
The Council of State Administrative Case Department Council followed suit with the ECHR ruling and also found the ÖSYM appeal unjust. According to Eren's attorney, "This ruling marks a first for Turkey. For the first time ever, an international court ruling on an administrative ruling was immediately rectified and retried.
38-year-old university student
When Mürsel Eren first placed in the university placement exam, he was 24-years old. When the ECHR ruled for the internal judiciary to retry the case he was 38 years old. He is now a third year student at Ankara Law School. Regarding the final outcome of his case, Eren states, "I am pleased."