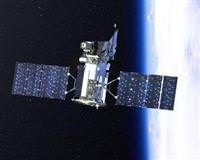 A new Turkish satellite has Israelis eyeing the end of a U.S.-backed blackout on high-resolution commercial photography of their turf from space.

The GokTurk satellite due in orbit by 2013 will sell images of objects more detailed than 2 metres (6 feet) across -- currently the finest grain available when it comes to pictures of Israel, thanks mainly to U.S. legislation from the 1990s.

Turkey's leap into the aerospace market treads on Israeli security sensitivities given the former allies' recently strained ties. Unlike with other nations that have fielded commercial satellites, Israel has little leverage over Ankara.

"We try to ensure that we are not photographed at high resolutions, and most (countries) accommodate us," a senior Israeli defence official said.

"Should we request this of the Turks? We won't ask for it. There is no one to talk to."

The official cited Gokturk, and popular space-image clearing houses like Google Earth, among developments that have prompted discussions in Israel as to the viability of the so-called "shutter control" over commercial satellite cameras:

"The basic agreement was for 2 metre (resolution). This has still not changed. In the future, it will certainly change."

The current "shutter control" is anchored in an amendment to the 1997 U.S. National Defense Authorisation Act, which banned disseminating satellite images of Israel of a grain higher than that available from non-American commercial sources.

Israel used bilateral lobbying to deal with the few such challenges to Washington's aerospace dominance to emerge so far. An Israeli firm provided the telescope for Kompsat, a South Korean commercial satellite launched in 2006. Its camera offers photos with a maximum resolution of 1 metre (3 feet).

"They don't photograph our area at a resolution better than 2 metres," the Israeli official said. "There is always conditioning."

Similar appeals have been made to France, whose Pleiades satellite will soon sell images with a 0.7 metre (2 foot) grain. France, along with Italy, has a subsidiary role in GokTurk, which experts say may provide pictures of even higher resolution.

But Turkey, whose Islamist-rooted government froze relations with Israel after its deadly raid on a Gaza aid ship last year, has shown no interest in veiling the Jewish state from GokTurk. "We decide how to use the images taken by our satellite," an unnamed Turkish official states.

The dispute is not new. Israeli Defence Minister Ehud Barak tried to sell the Turks an Ofek spy satellite in 2008. But those talks collapsed, with Barak aides blaming Ankara's refusal to accept a "shutter control" clause in the contract. The Israeli official said such measures helped prevent "sensitive material falling into the hands of terrorists". Israel also frets about its nuclear facilities and other secretive projects becoming too open to public scrutiny.

Asked about the prospect of Israel's "shutter control" expiring, the official cited countermeasures developed by other countries, such as jamming space communications and even the shooting down of hostile satellites.

Worried about missile attacks from an array of regional foes, Israel has been digging in -- for example, with a huge government bunker in the Jerusalem hills and a submarine hangar at Haifa port. These offer some cover from satellites.

"We know how to defend ourselves like others defend themselves, and better than others," the Israeli official said.