Ibrahim Tatlises shot in the head by long-barreled rifle 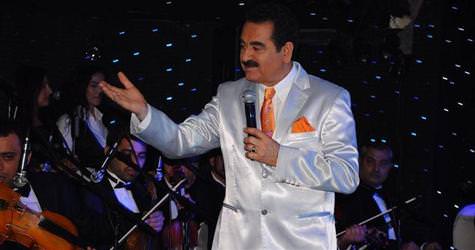 Famous Turkish performed Ibrahim Tatlises was the victim of an assassination attempt last night. The perpetrators used a long-barreled rifle to shoot Tatlises in the head, leaving him in critical condition. The heavily injured Tatlises has had to undergo two surgeries, due to bleeding and to prevent brain death.

The attack took place last night at 1:00 am in Şişli as Tatlises was departing Nurol Plaza following a show. Perpetrators shot fire on the artist from a black automobile. Suffering from severe head injuries, Tatlises was first taken to the Özel Levent Hospital and was later transferred to the Maslak Acibadem Hospital.
Tatlises underwent an operation to remove the bullet lodged in his head and was then placed in intensive care. Before doctors released information on his condition, news surfaced that the popular singer was taken into surgery once again. According to those close to him, bleeding had continued following the first surgery and therefore the doctors decided to put him under again to prevent brain death from occurring. As the newspaper went into press last night, Tatlises was still in his second surgery. Meanwhile, Tatlises' assistant Damla was also shot and is in critical condition. The perpetrators have yet to be determined however, empty shells sued for long-barreled rifles were found in front of the Nurol Plaza.
ŞANLIURFA ARISES
After news surfaced that Tatlıses had been victim to an attack, hundreds of people in Urfa flocked to the neighborhood where Tatlises' relatives reside. Paying no heed to the late hour, Urfa residents waited together to hear news of Tatlises' condition. Meanwhile during a performance in Antalya one day prior to the attack, Tatlises had announced plans to run as an independent candidate From Istanbul's 3rd District for the June 12 elections.