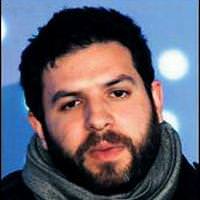 President Abdullah Gül has ensured an Iraqi correspondent, Ghait Bdulahad for England’s the Guardian newspaper has been released from custody in Libya.

The Guardian newspaper appealed to President Gül for help upon the arrest of the Iraqi correspondent.
Upon Gül's orders, efforts by the Ministry of Foreign Affairs and the Libyan authorities reaped fruitful results and the correspondent returned to London yesterday.
Meanwhile, The New York Times newspaper has announced that they have not heard from Beirut bureau chief Antony Shadid, cameraman Stephen Farrel and photojournalists Tyler Hicks and Lynsey Addario since Tuesday. Speculation has surfaced that they may have been apprehended by government forces at the Ajdabiya port.