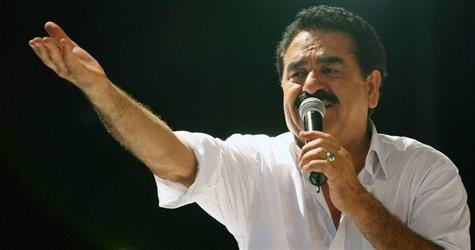 Within three days time, Istanbul police have apprehended the man responsible and 13 others in connection to staging the attack against popular singer Ibrahim Tatlises.

Kalashnikov found in his car…
Police from Istanbul's Department of Organized Crimes staged raids on 42 different addresses and arrested 14 people, including two women, in connection to the attack. It turns out the man suspected of having pulled the trigger, Abdullah Uçmak, an enemy of Tatlises with bad blood between them and a long-standing feud has previously sprayed rounds of bullets at the famous performer's car in the past. The vehicle used in the shooting was located in Pendik and the Kalashnikov rifle was found in the Ucmak's lover's house.
Professor Ilhan Elmaci released good news yesterday regarding Tatlises' condition, stating that the risk of fatality had dropped to just ten percent and that he was no longer connected to an artificial respirator. Elmaci states that he is able to move one leg and arm, and when asked how he is, he responded stating he was fine.
The last photograph of Ibrahim Tatlıses taken moments before the attack has been revealed. At first the fans that approached Tatlıses prior to his attack were considered possible suspects, however now that the perpetrators have been uncovered, the photograph has been released. However, Tatlıses' fans were so excited to be taking a photograph with the famous star, the photograph came out blurry.
Chief physician Dr. Çağlar Çuhadaroğlu announced today that Tatlises' condition remains the same and that there has been no deterioration.
''İbrahim Tatlıses' reflexes are the same today as they were yesterday. The same signals we saw after he first awoke remain the same. This is a positive development and what is expected after these types of operations. We want to ensure the patient remains alive and has positive developments daily. Our aim to have him transferred from intensive care as soon as possible. Do not pay heed to any information on Tatlises' condition announced by anyone other than the hospital administration or the patient's physicians, because only his close relatives are able to see him. Unfortunately I have seen that misinformation regarding his condition has been released and I request that you not pay heed."
Upon a question by journalists regarding whether or not Tatlıses was able to eat or drink, Çuhadaroğlu states, ''No, it is too early for that. We provide nutritional support for a few days even after the simplest operations. We do this because there are certain risks we don't want to take, however he is able to communicate."