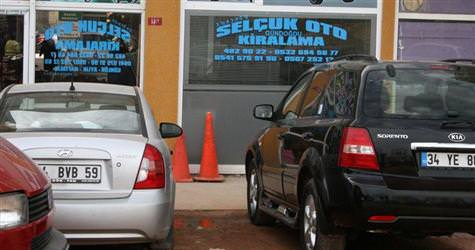 Police tracked telephone traffic in the region of the attack, and found that one of the voices belonged to Tatlises’ enemy Abdullah Uçmak.

The man behind the attack on Ibrahim Tatlises was tracked down in an operation reminiscent of an action film. Police tracked suspicious dialogue between two people on the phone in the region of the attack. When the voices were further analyzed, it turns out one belonged to Abdullah Uçmak.
Abdullah Uçmak and the 13 other suspects arrested in connection to the attack on popular figure Ibrahim Tatlises are still undergoing questioning by the Istanbul Police Department of Organized Crimes. Within three days, and with the help of voice analysis, people were able to track down the perpetrators of the heinous shootout.
After the attack, police investigated all calls made within the radius' base stations. Thirty numbers were then placed under tracking. A conversation between two of the numbers was found to be suspicious and activity was halted completely for both numbers at the base stations six hours later. Meanwhile, police had already investigated known enemies of Tatlises and Uçmak was on that list. At that point all telephones thought to belong to Uçmak were tracked. Sound bites from calls were sent to the Ankara Criminology Department for further investigation. When it was found that the voices matched, police initiated an investigation, in which they used the latest technology.
In order to not arouse suspicion, police used an 'Unmanned Observation Vehicle' to track the perpetrators. The observation vehicle, from the outside, appears to be a normal car, adorned with football team paraphernalia or a toy dog in the back window; it can be easily mistaken for a normal family car. However, the vehicle is actually adorned with high resolution and wide perspective cameras. Using this method, police were able to track Uçmak and his men as they entered and exited Uçmak's residence.

Meanwhile, the AK-47 used in the attack was found in the Ömerli Barrage. The other Kalashnikov used was found in one out of the 42 raids conducted the day prior which resulted in 14 arrests, including Uçmak.