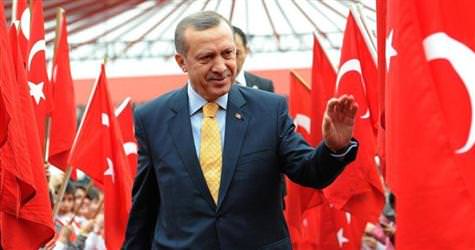 NATO member Turkey called for an immediate cease-fire in Libya on Friday and said it opposed foreign military intervention in the conflict, after the United Nations authorised attacks on Muammar Gaddafi's forces.

The Turkish prime minister's office said in a statement a U.N. Security Council decision authorising military action there was binding on all countries, but said a peaceful solution to the conflict should be found.

"We have expressed at the highest level our heartfelt support for the Arab League's call to the U.N. Security Council for...a no-fly zone. At the same time we have noted our opposition to foreign intervention in friend and brother Libya," Prime Minister Tayyip Erdogan's office said in a statement.

"In this context, we want an immediate cease-fire to be secured and an immediate end to the bloodshed and violence against civilians," the statement said.

"We expect steps in this direction to be taken right now without losing any time and expect the people's demands for change and transformation to be met."

Erdogan said on Monday he had urged Gaddafi to appoint a president with popular support as a way to end Libya's crisis.

Non-Arab Turkey, NATO's only Muslim member and a rising diplomatic and economic voice in the Middle East, has repeatedly spoken out against foreign military intervention in Libya, where Turkish firms have projects worth more than $15 billion.

NATO said its ambassadors would meet on Friday to discuss their response to the Security Council resolution authorising a no-fly zone and the use of force in Libya.

Any NATO operation needs to be approved by the 28 NATO states, and Turkey has spoken against the alliance intervening in Libya, as has Germany, which abstained from Thursday's U.N. vote.

It was not immediately clear if Turkey would oppose any NATO military action in Libya or if it would opt to say nothing and thereby effectively abstain.

"It's about international legitimacy now. We think that it is right to act within this framework."

A joint Turkish-U.S. base in southern Turkey has been used in NATO operations and training in the past.

French diplomatic sources said action could follow within hours. France, Britain and possibly the United States and one or more Arab states could be involved.