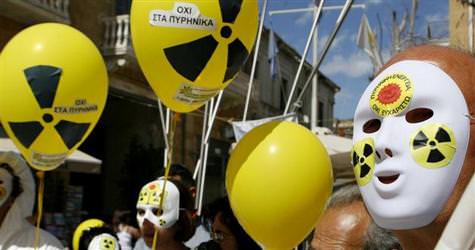 Cyprus said on Monday it was worried by plans by quake-prone Turkey to build a nuclear power station on its southern shores, close to the Mediterranean island.

Turkey is pressing ahead with plans to build a four-reactor plant near the coastal city of Mersin, some 25 km (15 miles) from an active fault line. Cyprus, a member of the European Union, lies just south of Turkey.

"I've expressed our grave concern over the nuclear programme of Turkey, and in particular the plans of Ankara to construct a nuclear power station in a seismically active area," said Cypriot energy minister Antonis Paschalides.

Paschalides said he raised the issue at a meeting of EU ministers on Monday. Ministers agreed that Europe's 143 nuclear reactors should face new safety standards..

The proposed plant lies some 60 km away from the northern shores of Cyprus, he said.

Turkish energy officials say Turkey will use third-generation technology which is safer than that used at Fukushima, the Japanese nuclear complex ripped apart by four explosions since a 9.0-magnitude earthquake and a tsunami hit on March 11.

"For any attempt to ensure high safety standards in the European Union have real value, there must be close cooperation with countries in the Mediterranean which are seismically active," Paschalides said.

More than 20,000 people were killed in two earthquakes which hit Turkey in 1999.

Turkey, which is in talks to join the EU, has seen its bid largely hampered by disputes with Cyprus.

The two neighbours do not have diplomatic relations. Turkey supports a breakaway Turkish Cypriot state in north Cyprus, while the Greek Cypriot side represents Cyprus in the EU.