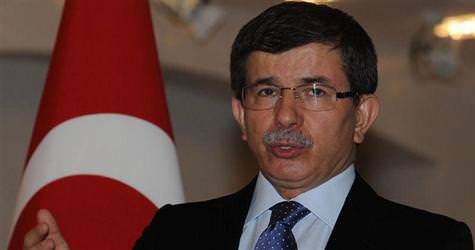 NATO member Turkey says it is unable to agree to the Western military alliance taking over enforcing a no-fly zone over Libya if the scope of the operation goes beyond what the United Nations had sanctioned.

NATO officials were due to resume talks in Brussels on Tuesday after failing to reach an agreement on Monday.

"There are U.N. decisions and these decisions clearly have a defined framework. A NATO operation which goes outside this framework cannot be legitimised," Foreign Minister Ahmet Davutoglu stated on Monday evening.

Turkey, a Muslim member of the Western alliance, said a summit in Paris on Saturday between international leaders had led to military intervention that went outside the U.N. framework.

Turkey did not attend the summit. France launched the first air strikes on Muammar Gaddafi's forces on Saturday to initiate the international coalition's intervention in Libya.

"Turkey can make such efforts for the welfare of the Libyan people, but unfortunately the Paris meeting created a new situation outside of this framework," he added.

"The decision's authority and umbrella must be the United Nations," he said.

Aside from Turkey's objections, the other main stumbling block to an agreement in NATO is France's reluctance to see the alliance take the lead role, which Paris fears would alienate Arab countries and diminish political support for the operation.

After weeks of deliberations, NATO ambassadors approved an operations plan on Sunday for NATO to help enforce a U.N. arms embargo on Libya, and had sought on Monday to agree to implement it and finalise plans for an alliance role in the no-fly zone.

Erdogan had held a 1-1/2 hour meeting with his foreign and defence ministers, the head of the armed forces, General Isik Kosaner, and the undersecretary of the MIT intelligence service.

NATO involvement would require unanimous political support from all 28 alliance members, and on Monday Erdogan said Turkey wanted several conditions met for such a role.

The international military operation against Gaddafi's forces should be concluded as soon as possible, he said, so Libyans could settle their own future. He also said military intervention should avoid ending in an occupation.

Turkey had business ties worth some $15.3 billion (9.36 billion pounds) with Libya before the uprising against Gaddafi began a month ago, mostly in construction.